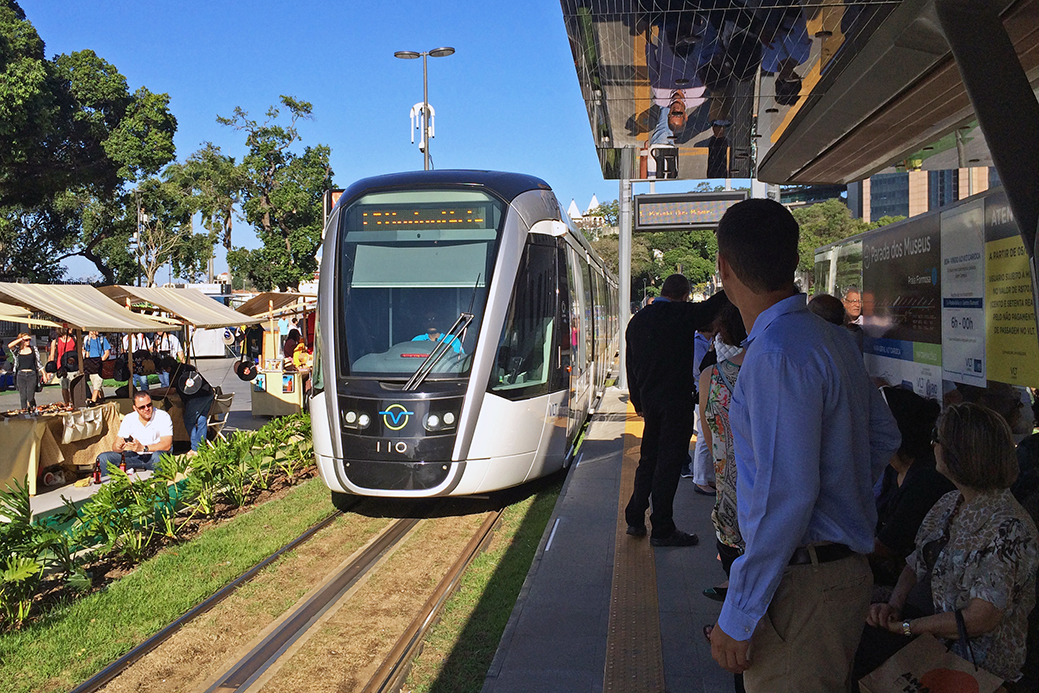 Alstom has been awarded a contract to build and equip the 700m western extension of the VLT Carioca light rail system in Rio de Janeiro, Brazil. The contract includes the laying of twin tracks, a four-platform stop at Terminal Gentileza, installation of Alstom’s APS ground supply system, a new substation and adaptation of an existing one, as well as signalling.

The extension is projected to allow a 40% increase in network ridership, as well as opening the possibility for future northern expansion to the region of São Cristóvão. Terminal Gentileza will offer integration with a new Bus Rapid Transit system and other bus routes in the city. Construction of the main building is to re-use the metal substructure of one of the facilities used for the city’s hosting of the 2016 Olympic and Paralympic Games, saving a reported BRL22m (EUR4m).

Rio’s modern tramway was inaugurated in June 2016 and the system’s three lines cover 28km (17 miles) and 29 stops. Services are operated by a fleet of 32 double-ended Citadis 402 low-floor trams mostly manufactured at Alstom’s facility in Taubaté in the state of São Paulo. Each 44m seven-section tram has capacity for 420 passengers.

In the six years since its opening the tramway has carried over 88m passengers in both the city and the Porto Maravilha region and offers connections to the subway, suburban trains, buses, ships, ferries, and Santos Dumont airport.