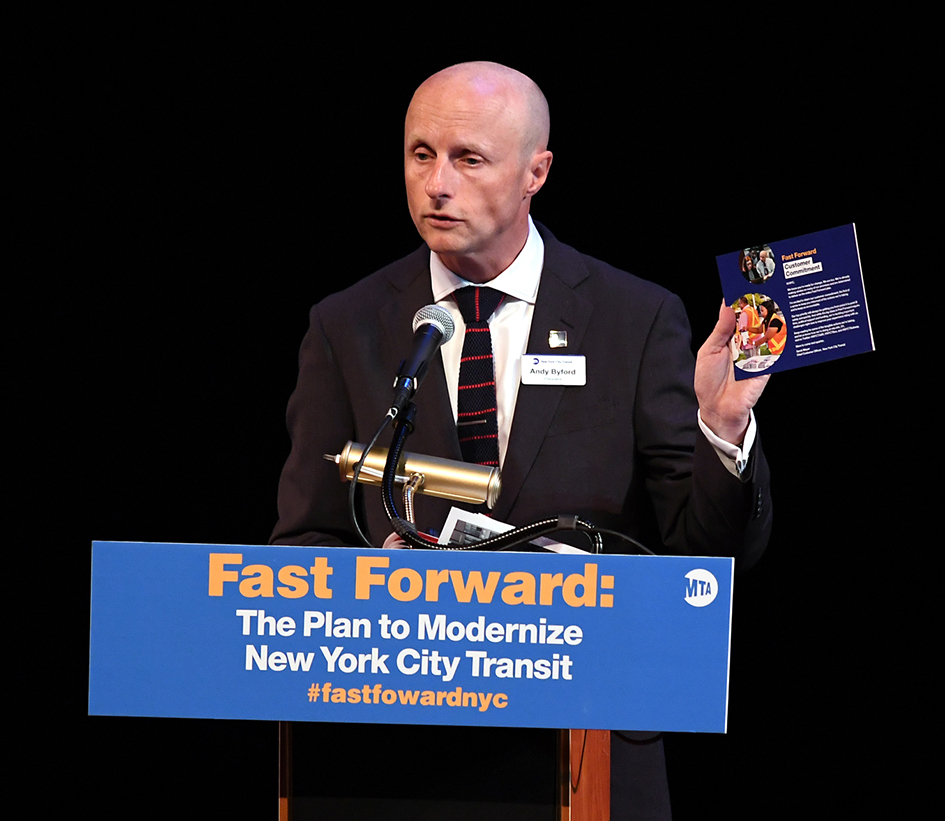 Andy Byford, President of New York City Transit (NYCT) – which runs the city’s Subway and bus services as well as the Staten Island Railway – resigned from his post at the end of January amid conflict with New York Governor Andrew Cuomo over plans to reorganise management of the state-wide Metropolitan Transportation Authority (MTA).

Recruited to NYCT in January 2018 after Governor Cuomo declared the city’s transportation network to be in a state of emergency, Mr Byford was given the mandate to revive the city’s ailing and antiquated Subway and overwhelmed bus network. Dubbed ‘Train Daddy’ by supporters, he has since earned widespread praise for delivering significant safety improvements and reducing delays and breakdowns. Major Subway delays are on the decline – weekday incidents in 2019 fell 25% year-on-year – and Mr Byford has also masterminded a successful relaunch of the bus network.

As well as stabilising the Subway system, Mr Byford also spearheaded ‘Fast Forward’ proposals that have since secured USD51bn in investment to overhaul and modernise the Subway’s signalling equipment, the installation of 50 elevators to make the system subway more accessible, the introduction of a new contactless payment system and the purchase of up to 3650 additional new cars.

However, it is reported that escalating tensions between the transport and political leaders made the position untenable. In his resignation letter, Mr Byford suggests that his decision is – at least in part – due to proposals to reorganise the MTA that would effectively limit his role to the ‘day-to-day running of the service’, instead of progressing the ‘Fast Forward’ plans he outlined to compress 40 years of modernisation into a 10-15-year period. Mr Byford first offered his resignation (later rescinded) in September 2019, but was persuaded to stay.

Concluding his letter, Mr Byford said: “I’m very proud of what we have achieved as a team over the past two years, and I believe New York City Transit is well-placed to continue its forward progress now that the MTA has a record-breaking USD51.5bn Capital Program in place”.