Automatic for the people (part one) 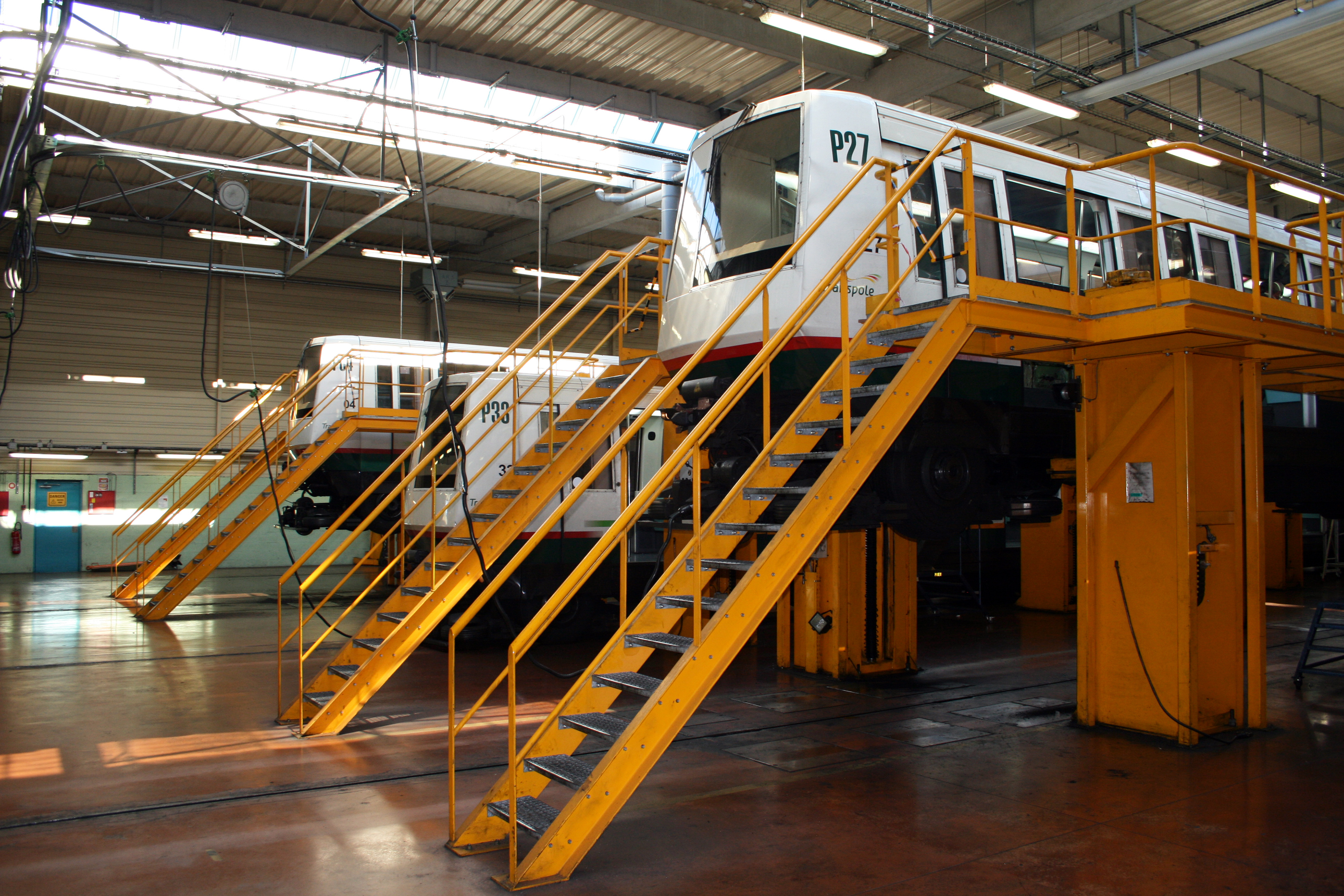 It is 50 years this year since the world’s first full-scale automated rail operations began on the London Underground’s Victoria line. But from this pioneering metro development (tested as early as 1963), the technology has developed significantly for systems such as the Dubai Metro where Kinki Sharyo trains power themselves up at a pre-determined time each morning, run through pre-operation checks and then make their way out onto the network. At the end of each working day they return to the depot, run through another set of diagnostics and power themselves down to conserve energy.

The increase of urban rail automation has doubled with each passing decade since UTO (Unattended Train Operation) service began with the rubber-tyred VAL system in the French city of Lille in 1983 – an exponential growth that is set to quadruple in the coming decade. Over the same 30 years, UTO metros have proven that they are both reliable and safe, with no recorded fatalities.

Urban mass transit leads the world’s main line railways in automation: driverless systems deliver a more predictable network, maximise capacity through increased train frequencies (sometimes with reduced fleet sizes and the associated smaller requirement for spares) and remove much of the element of human-error to enhance safety and security. With computers controlling operations (and increasingly maintenance tasks as well), it is easier to replicate optimum operational profiles for any given route; this reduces energy consumption and maximises energy recovery. Additionally, reactive maintenance costs are reduced considerably.

Yet alongside the numerous advantages come new challenges. In the first instance, more complex infrastructure, such as platform and track protection systems and rolling stock increase initial upfront investment, while more comprehensive CCTV networks require more intensive monitoring by staff in highly-sophisticated control rooms – yet the overall cost balance is proven to be a positive one.

The growth is global. Automated metros are a proven solution around the world, with around 60 such lines currently in operation. The technology also puts urban rail within the financial reach of smaller cities as more efficient services mean infrastructure can be scaled accordingly. Although fully automated solutions were initially deployed on low-capacity lines, current growth has corresponded mostly with medium- and high-capacity lines as the technology has evolved.

The projection is that by 2025 there will be over 2300km (1430 miles) of automated metro lines in operation worldwide.

To serve the new eastern development of Villeneuve-d’Ascq in this city on the Belgian border in north-western France, in 1971 an international competition was launched to find a new mass transit solution. The adopted narrow-profile rubber-tyred metro developed by Matra and launched in April 1983 takes its name from the route linking Villeneuve-d’Ascq and the centre of Lille (VAL); this became a Siemens platform through company acquisition and has been re-tagged as Véhicule Automatique Léger.

Complementing a two-line tramway (first opening in 1909 and with large-scale modernisation and reorganisation in 1994 – the city joins Saint-Étienne and Marseille as the only French first-generation survivors) and 46 urban bus lines, Lille’s VAL features two lines and 45 route-km (28 route-miles) and is the largest such installation. It is mainly underground but features surface and substantial elevated sections. Other VAL and CityVAL lines exist in Paris, Toulouse, Rennes, Lyon, Chicago, Taipei, Turin and Uijeongbu in South Korea.

Thirty-three years later, Lille’s Metro has been a significant catalyst for urban development. With varied station architecture integrating with some of the districts the system crosses, they are more attractive places to live and work and the city as a whole has prospered. Both interchanges between line 1 (13.5km/8.4 miles) and the second line that opened in 1989 (32km/20 miles) are in central Lille where there is also a non-revenue connection. The most recent extensions, north from Tourcoing, opened in 2000.

The system uses 143 Matra/Siemens trains (53 for line 1 and 90 for line 2), with 120 required for peak run-out. These cover 13 million km/year (4.5m/km/year for line 1 and 8.5m/km on line 2) over a 20-hour working day, 05.00-01.00, but 24-hour operation is possible for special events. This was seen extensively during the 2016 European Football Championships when public transport in the city accounted for the movement of half of all the fans visiting the city’s 50 000-seater Stade Pierre-Mauroy.

The Lille Metro runs to impressive 66-second headways during peak times, with dwell times of 20-25 seconds at each station managed by platform screen doors. Acceleration and braking are precisely controlled by computers based upon the characteristics of the stretch of track and passenger demand. This can be reduced to 60 seconds if required as the Operations Control Centre (OCC) has 20 defined operational programmes that can be switched throughout the course of any given day to account for greater or reduced passenger loadings.

The state-of-the-art OCC, upgraded in 2012 to better integrate customer services such as passenger information and web and social media activities, is close to the interchange of lines 1 and 2 in central Lille and is manned 24 hours a day. A staff of 20 work in shifts to supervise both the operational infrastructure as well as vehicle maintenance at the system’s two depots, which is mainly carried out at night.

The first iteration of VAL rolling stock (206 – the name derived from the vehicle’s 2060mm width) is now approaching life expiry after over 30 years in service – each trainset covers 85 000-100 000km each year; Michelin tyres are checked each day and last 400 000/km and side guide tyres last 160 000km. The 20mm-wider 208 series was introduced from 1998 and features a redesigned nose and an interior layout designed to maximise passenger space within almost identical dimensions. Both depots have test tracks to recreate operational scenarios, breakdowns and recovery procedures.

With around 107m passengers each year, 60% of the Transpole total, the metro is embarking on its biggest challenge to date with a project to replace the entire fleet on line 1. Using 52m Alstom-supplied trainsets (27 in total) and a new Urbalis Fluence control system, the network will effectively be split into two in 2018 with isolation of the existing 208 fleet to line 2’s Dron depot with its Siemens rolling stock and control systems.

As the city’s operating partner since system opening, Keolis Lille (under the Transpole brand) now has arguably greater experience of metro automation than almost any other operator. Parent company Keolis currently operates half of the world’s driverless metros open to private competition, with new lines in Hyderabad and Shanghai due to open in 2017 and 2018 respectively.

When coping with obsolescence, Keolis Lille has developed in-house capabilities to deal with heavy maintenance to prolong the life of essential equipment; this includes so-called Level 3 workshops that cater for mechanical, electropneumatic, electromechanical and electronic components. A team of 22 work in the Level 3 workshops that cover all Transpole operations (metro, tram and bus), as Gilles Fargier, Managing Director of Keolis Lille explains: “Imagine what your television was like 30 years ago and what you have now. Like plastic surgery, the system needs a nip and tuck to keep up with passenger growth and technology. What we’ve created here is a real school of engineering.”

These skills have enabled major overhauls that will extend the life of parts and systems by another 15 years and are also invaluable to manufacturer Siemens (a market leader in rail automation) in the evolution of the product, while allowing knowledge transfer with systems in Orly, Toulouse and Rennes, and those in the US. In 2016, Keolis announced the formation of a ‘mass transit academy’ with parent SNCF to broaden this knowledge and encourage the sharing of best practice of urban transit operations and maintenance.

Primarily seen on lower-capacity metro systems and peoplemovers, the rubber-tyred VAL solution has both advantages and disadvantages. The main benefits compared to steel wheel on steel rail systems are a smoother and quieter ride, better acceleration and braking characteristics, significantly less impact on the infrastructure and the ability to climb steeper gradients (up to 13% in Lyon). All of these allow closer headways. However, many of these advantages come with downsides. Increased friction and rolling resistance means higher energy consumption, heavier vehicles and the ‘Oslo Effect’ associated with the breakdown of tyres over time which can release harmful particulate matter into the atmosphere.

Around 270km (170 miles) to the north is an automated metro success story of a very different kind. Opened to the public in August 1987, the Docklands Light Railway is often dubbed the ‘Regeneration Railway’ for the way it has helped shaped the redevelopment of East London into one of the world’s key financial and business districts.

A steel wheel automated light metro, the system has expanded rapidly from a 12km (7.5-mile) two-route beginning to a comprehensive service that now covers vast swathes of East London with 45 stations. Its operation has evolved from fixed-block signalling in the early days to the more comprehensive moving-block SelTrac (firstly Alcatel, now Thales) solution that is now widely-used around the world. Under moving-block, each vehicle knows precisely where it is and calculates the appropriate safety gap between itself and both other trains and stations. The difference in the new technology is that previous systems use fixed geographical blocks, regardless of the speed of the service.

Operations and maintenance (aside from the 4.2km (2.6-mile) Greenwich – Lewisham extension opened in 1999 under a design, build, finance and maintain contract with the CGL Ltd joint venture) are currently provided by KeolisAmeyDocklands (KAD).

Catering for the massive passenger growth – 86m in 2011-12 to 110m in 2015-16 – has required significant adjustment of maintenance and operating procedures, and since taking over in 2014 KAD has achieved an impressive 25-35% more capacity on the busiest routes Monday-Friday and 50% at weekends without any additional trains.

As the area grows over the next two decades, the role of the DLR will become even more important. The system already supports 270 special events each year, but the number of homes in the area is predicted to rise by 100 000 each decade from 180 000 in 2016 to 380 000 in the 2030s. This will not only require additional rolling stock, but also the construction of relief lines and further expansion to the east and south of the city – all while maintaining the DLR’s enviable reputation for reliability as the ‘99% railway’.

Transport for London’s other key central urban rail asset, the London Underground, is undergoing similar changes as Thales is now working on a far more complicated project, the implementation of next-generation SelTrac signalling across its entire Sub-Surface Tube Lines (SSL) – the District, Circle, Hammersmith and City and Metropolitan lines. One of the most complex and most intensively-used groups of rail lines anywhere in the world, the SSL account for 40% of the total network; the introduction of new CBTC signalling promises a capacity increase of 30% – vital if the predictions of an increase in London’s population to 10m by 2030 are realised.

As well as increasing capacity, efficiencies will be realised towards the target of reducing costs within TfL as under the current signalling regime, supervision is provided by 13 control separate rooms. Once fully operational, a single control centre will provide a system-wide view of the SSL for the first time to better manage the integration and interdependence of the four lines.

The benefits of this multi-billion pound scheme for the Tube will be delivered by 2022, when the frequency of trains at peak periods will increase to 32 trains/hour in central London – boosting the network’s capacity by an extra 36 000 passenger journeys every hour.

(to be continued in part two…)