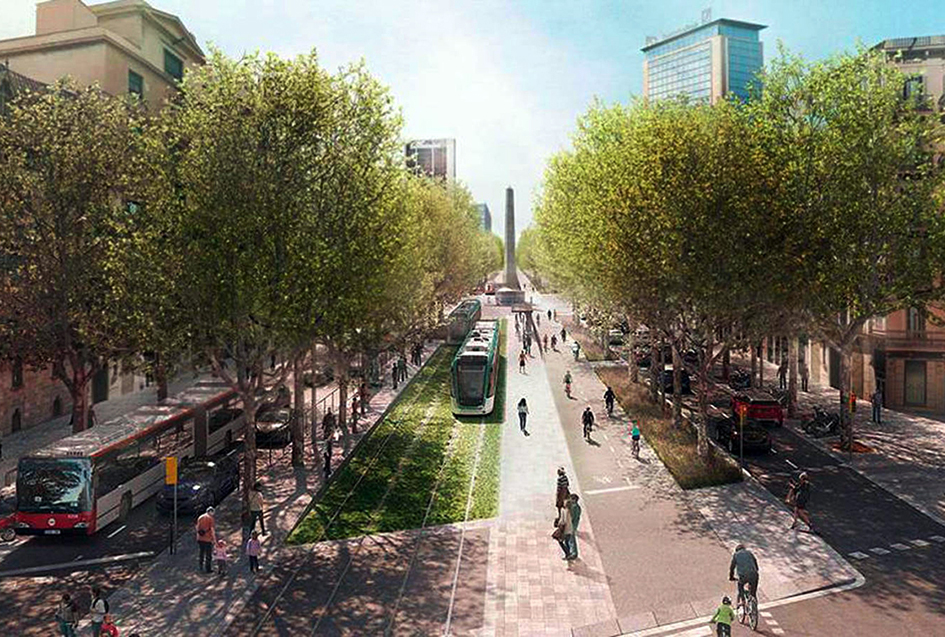 An artist’s impression of the future tramway on Avinguda Diagonal. Image courtesy of ATM

Council leaders in Barcelona (Spain) have announced an agreement with metropolitan transport authority ATM (Autoritat del Transport Metropolità) to speed up plans for the initial works to connect the city’s two tramways via a 3.9km (2.4-mile) connection across Avinguda Diagonal.

Financed by the city and the Catalan Government, the EUR116m project will form a connection between the current T1-T3 Trambaix terminus at Plaça Francesc Macià and the T4/T6 Trambesòs terminus at Glòries. Three new stops will be created – Verdaguer, Sicília and Monumental – offering a seven-minute journey between the two currently-separate systems.

Work is to begin in the autumn of 2021 with redevelopment of the broad Avinguda Diagonal to include wider pavements, enhanced green spaces, cycle lanes and reduced space for car traffic. The entire project is forecast to take 22 months.

The agreement restates the commitment to bring operation of the city’s tramlines under public ownership. Trambaix and Trambesos are currently operated and maintained by the TramMet consortium created in 1999 to finance, design, build, equip and operate the two lines under a 33-year concession.