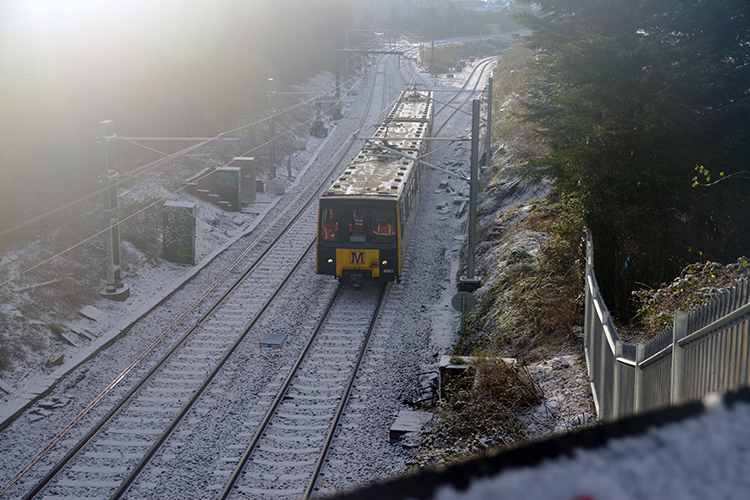 Completed in record time, Nexus’ Metro Flow project promises to boost capacity on the UK’s pioneering light rail network by up to 24 000 daily journeys when the system’s new Stadler trains arrive in 2023. Clearly, this is good news for journey times, the environment and gives a much-needed boost to the local economy. But what is Metro Flow, and how has it made such a difference?

In March 2022, the UK Government’s Budget Statement confirmed funding was available to address long-standing bottlenecks on UK networks and to improve resilience. The Tyne and Wear metro had such a bottleneck in its system and Nexus designed the Metro Flow programme to address this issue.

Over the last 12 years, Metro: All Change has largely rebuilt the system, delivering huge improvements to a network which first opened in 1980. However, the 4.6km section between Pelaw and Bede, a legacy of the system’s history, was still causing a major headache as large potions were just single-line. Surrounded on both sides, there was no room to lay a brand-new track, so Nexus instead turned its attention instead to the neighbouring freight line. But as this wasn’t electrified, access was impossible for Metrocars. This bottleneck was holding the Metro back as it lengthened journey times and led to unavoidable delays across the network.

Since laying a new track was not an option, the other alternative was to convert the freight line which ran parallel to the current Metro line. After consultation with local residents and taking ownership of the line, Nexus were ready to set their plan in action. The tracks were replaced, new overhead lines were installed and, thanks to this line electrification, Metro trains could now use both lines. A brand-new signalling system ensures that both the heavy and the light rail services remain separate. As Martin Kearney (CCO of Nexus) said in an earlier TAUT article, ‘at the end of this blockade we will be responsible for having 32-wagon dangerous goods trains on our network.’ Not something that you want running through your urban network.

Not only will this transform the Metro services (and smash the bottleneck) but this example of innovative thinking from Nexus also demonstrates how the passenger transport authority in the UK’s north-east is making the most of overall rail capacity in its region – and future-proofing its network.

This is the first time an enhancement of this scope and scale has been attempted by a UK light rail operator, however, it is perhaps unsurprising that Nexus, with its reputation for innovation, has been behind this change.

With a brand-new GBP70m depot nearing completion in South Gosforth and a fleet of state-of-the-art Stadler trains due to enter service in 2023 the passengers of the Tyne and Wear network can look forward to an increasingly bright future.

Mainspring are proud to support and share innovation across the LRT industry and we are delighted that Nexus, one of most forward-thinking innovators in the country, is a key supporter of our UK Light Rail Conference. Next July, you’ll be able to hear first-hand from the people and teams responsible for delivering these key schemes – and see them for yourself at the 17th Annual UK Light Rail Conference.  With over fifty speakers and panellists across our two-day schedule, it is an event not to be missed. Don’t miss out – book now!

Of course, we have some great value options to sponsor, speak or exhibit at the conference. We would be more than happy to help craft a package best suited to you and your organisation’s needs. Just click here to get started!

The UK Light Rail Conference is the ONLY LRT dedicated event in the UK. Don’t miss out. Book now.

You want more? Nexus’ Chief Operating Officer, Martin Kearney, spent some time with TAUT a little earlier in the year to give a detailed view on the background the past, present and future of the Metro, and why he is excited for the future. To access the article, click here.