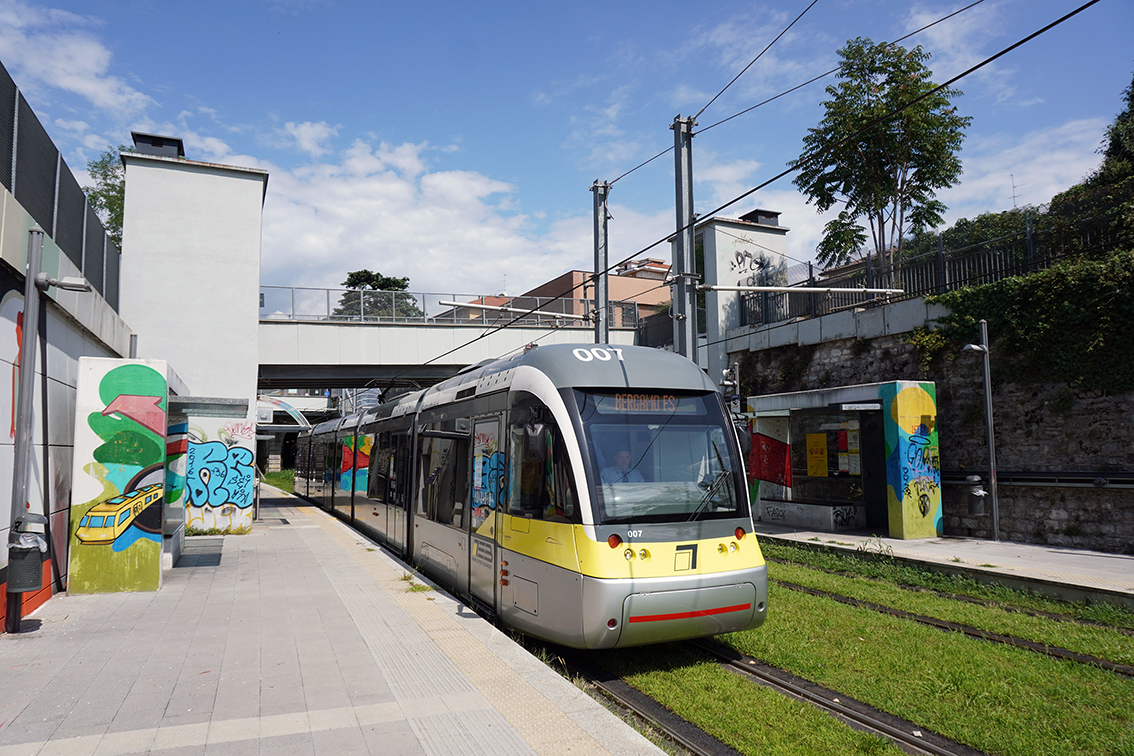 Borgo Palazzo stop is built into a cutting that is barrier-free thanks to elevator and escalator access; it is one of the stops to be shared with existing T1 and future T2 services. A. Thompson

Final design work on the second line of Italy’s Bergamo tramway, connecting the city with Villa d’Almè, is to be completed this summer – according to Tramvie Elettriche Bergamasche CEO Gianni Scarfone. Construction tenders for the 11.5km (7.2-mile) T2 are to be launched later this year and it is hoped that physical work can begin in Spring 2023, with the route open to passengers by the end of 2026.

The EUR178.5m project is to be financed primarily by a EUR125m grant from the Italian Government. The region is contributing EUR40m, with the balance coming from the Municipality of Bergamo as well asthe Ponteranica, Sorisole, Almèand Villa d’Almè municipalities that T2 willserve.

Services will share the existing Bergamo terminus and stops in the city with the already-open T1, before the new route branches to the north-west at Bronzetti.

A possiblecontinuation north to San Giovanni Bianco Val Brembana, repurposing a former rail alignment currently used as a cycle path, is also under consideration. A solution involving hydrogen-powered LRVs was unveiled in late 2021; this is considered attractive as such a project could attract European Union funding.

In the more distant future there are plans to build an urban tramline (T3) to serve the Papa Giovanni XXIII hospital in the west of Bergamo.