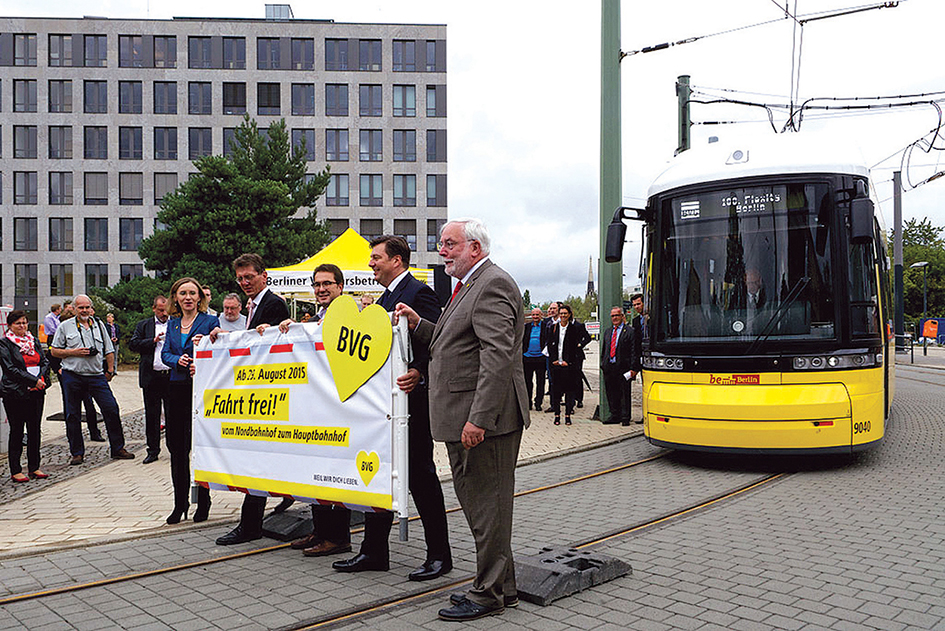 The last extension of Berlin’s tramway was in 2015, when trams reached the new Hauptbahnhof; 9040 is one of the 130 seven-section Bombardier Flexity Berlin trams in the fleet. Image courtesy of BVG

After the formation of an SPD/Alliance 90/Green coalition at the last Berlin Senate elections resulted in the potential for 34 new tramway extensions being identified in the Berliner Nahverkehrsplan 2019-2025, 16 schemes have now been given definite timescales in an announcement on 7 September.

Three possible U-Bahn extensions are still the subject of cost-benefit studies, so it seems the imminent extension of U5 to Hbf will be the last expansion of that system for several years.

Four tramway extensions are proceeding for completion by the end of 2021. After that there will be a hiatus as the next batch of programmes has only just entered the formal process to secure planning permission. For this reason there is still an element of uncertainty in the dates from 2024 onwards.

Thus by 2035 EUR1.095bn will have been invested to create 71.2km (44.2 miles) of new tramway. In some cases (e.g. Alexanderplatz – Potsdamer Platz) possible route variations are to be firmed up (via Leipziger Strasse throughout, or north or south route variants). It is interesting that the trunk section Alexanderplatz – Potsdamer Platz – Rathaus Steglitz was listed as a U-Bahn as long ago as a 1955 planning document, but will now be built as a tramway.

BVG has set up a project tracker website: www.meinetram.de