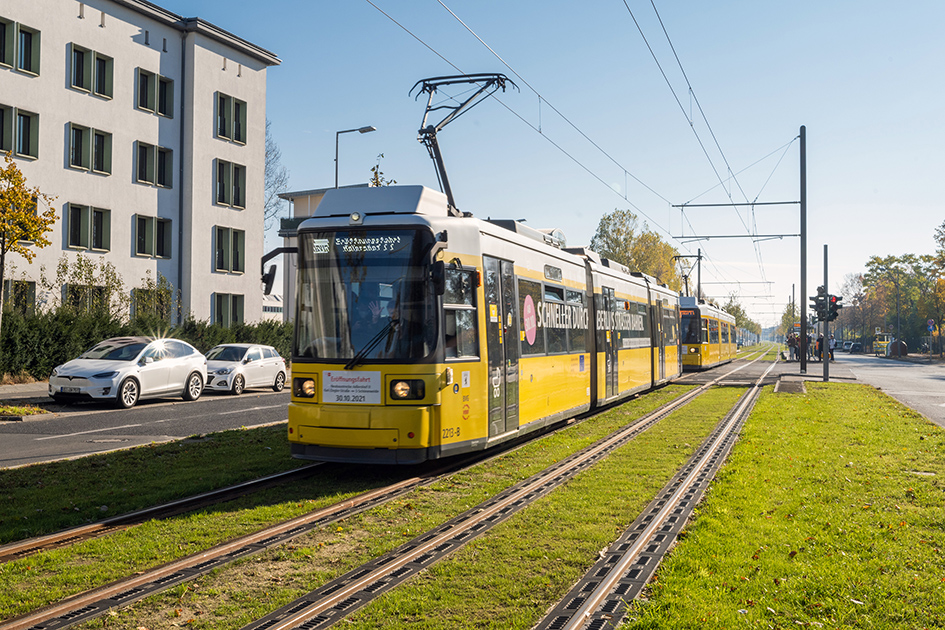 A convoy of GT6 trams runs along the new grassed tracks on opening day. Image courtesy of BVG

The new line runs through a partly-undeveloped area, but also serves commercial and residential premises and the site of Berlin’s first aerodrome, now a park. A total of 7.4km (4.6 miles) of overhead was installed by Furrer+Frey.

As the route crosses a water protection area, the grass track is equipped with STRAILastic encapsulation on a sub-ballast mat to absorb noise and vibrations. A rail head conditioning system is installed on curves to lubricate the track with a synthetic oil to counteract rail squeal. A 500m3 rainwater retention tank is being installed under the new tram and bus interchange at Schöneweide.

Project funding came from the Berlin Programme for Sustainable Development and the European Regional Development Fund as well as the Berlin Senate. On the opening day rides were offered using Tatra KT4D 219 282/481, 7011+7012 and T6 5117+5563 museum trams. Older heritage vehicles also made an appearance.