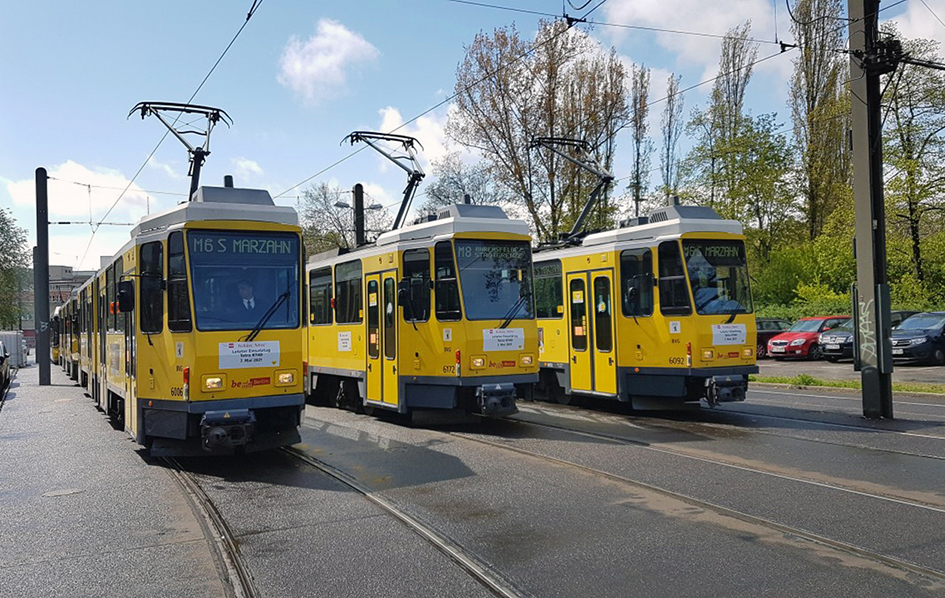 The last day of Tatra KT4D operation saw this line up at Virchow Strasse. Image courtesy of BVG

Friday 7 May marked the last day of Tatra operation in Berlin (Germany), when four two-car trains of KT4D ran from Marzahn depot in the evening peak on line M6E after which they were withdrawn without ceremony.

The first Tatra was delivered to BVB in East Berlin on 28 March 1976, and a total of 764 cars was reached. The 20 surviving cars will probably be sold to Zaporizhia in Ukraine. Ex-Berlin Tatra KT4D can still be seen in Magdeburg.