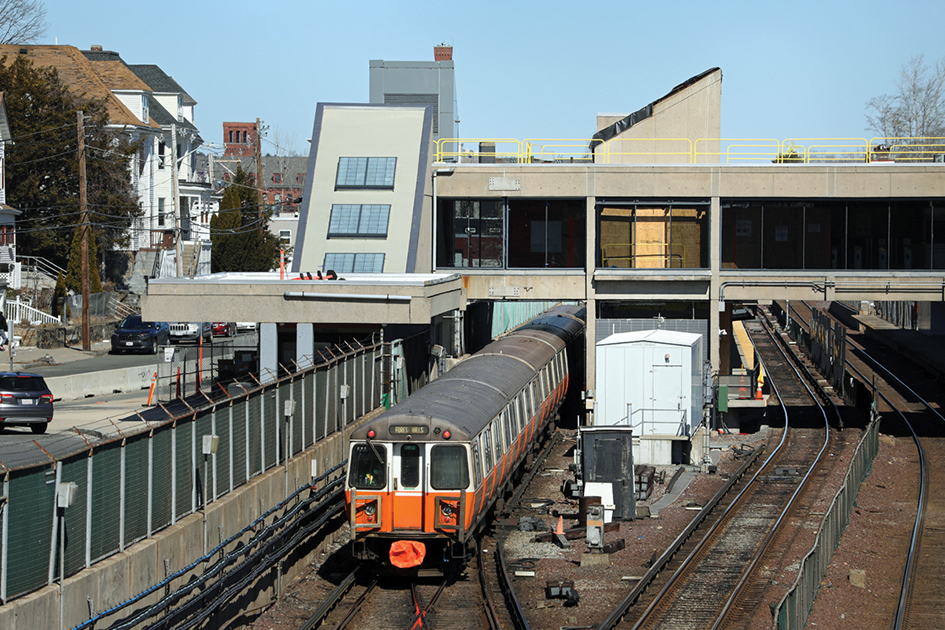 Delivered from 1979, a train of Hawker Siddeley-built cars at the Oak Grove terminus of Boston’s Orange line on 6 March. The Massachusetts Bay Transportation Authority has battled with a major maintenance backlog for many years. Image courtesy of A. Grahl

The announcement, made on 31 March, covers two plans: The American Jobs Plan, aimed at rebuilding and resilience, and The Made in America Tax Plan, increasing taxes to ‘make sure corporations pay their fair share’.

“This is not a plan that tinkers around the edges,” President Biden said during a speech in Pittsburgh. “It’s a once-in-a-generation investment in America.

The biggest single element of The American Jobs Plan is a USD621bn fund earmarked for improving transport infrastructure. Doubling the federal budget for existing systems and planned expansion projects, the plan includes USD100bn to upgrade the nation’s power grid to enable a greater roll-out of electric vehicles.

The briefing document released to accompany the announcement noted that “households that take public transportation to work have twice the commute time and households of colour are twice as likely to take public transportation. Our current transit infrastructure is inadequate – the [US] Department of Transportation estimates a repair backlog of over USD105bn, representing more than 24 000 buses, 5000 railcars, 200 stations and thousands of miles of track, signals and power systems in need of replacement.”

In 2019, Americans completed 9.92bn bus and rail journeys; this fell to 4.64bn in 2020 according to figures from the American Public Transportation Association. By comparison, annual private vehicle journeys fell by just 13.2% over the same period.

The wide-ranging plans have generated controversy because, unlike the latest USD1.9trn coronavirus recovery programme (financed by additional government borrowing), this latest package will be paid for by higher taxes and, in particular, a hike in the corporate tax rate from 21% to 28%.