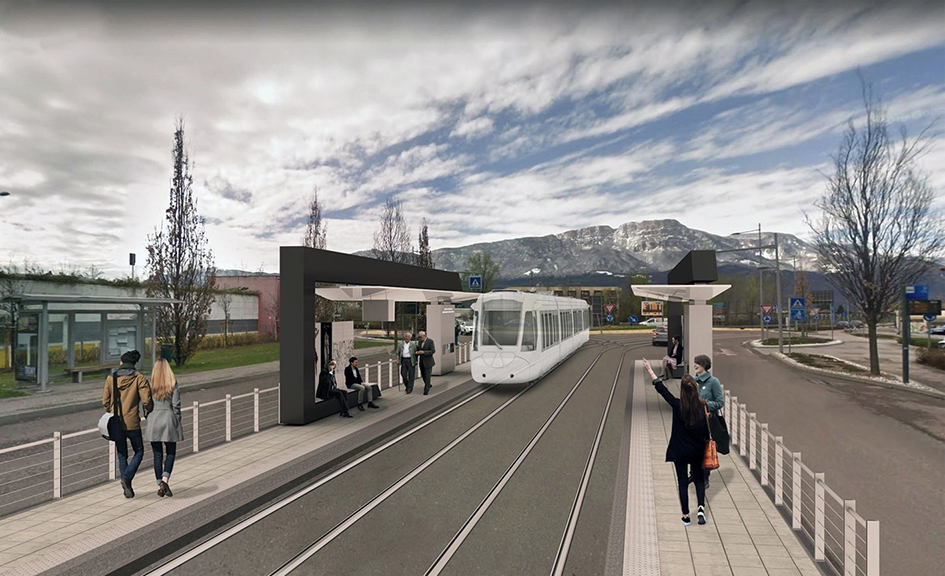 An impression of the future Bolzano tram at Bivio Merano railway station. Image courtesy of tramBZ

Celebrations were seen in the Italian city of Bolzano on 15 December, as the first Railjet train link to the Austrian cities of Innsbruck, Salzburg, Linz and Wien (Vienna) was introduced, particularly pleasing those who remember the city’s history as part of the Austrian province of Südtirol (the service also runs to Milano in the opposite direction).

Another reason for celebration was the news that the project to build a new tramline in the city is moving forward. Bolzano was once the centre of a network of tramways connecting the villages of the South Tyrol, opened in 1909 and closed in 1948. The launch of the website TramBZ.it will keep people up to date with the project, the plans for which were released on 6 November after local authorities had digested the results of an EUR853 400 feasibility and engineering study.

A 7.2km (4.5-mile) east–west line will be served by two routes with a common section between Stazione FS and Bivio Merano. From there L1 will continue to Ospedale while L2 will run to Ponte d’Adige railway station on the Merano line; a 1.3km (0.8-mile) section of tramline in the historic city centre will be catenary-free and the planned double-ended trams will run here on battery power.

Line L2 will run every 30 minutes; L1 will have a ten-minute service. The total cost of the project is EUR192m, including an allocation of EUR25m for 20 double-ended trams with a capacity for 260 passengers.
The national government and the city will each provide EUR40m, with the balance coming from the Sustainable Mobility Fund. It is hoped the first trams will carry passengers in 2025.

The remaining doubt is the result of a referendum held on 24 November intended to endorse the new Sustainable Mobility Plan (including the tramway). On a turn-out of 32%, 70% voted No. The result is not legally binding, although  upcoming elections are also complicating this process.

Another reason to visit Bolzano is that it is the starting point of the cable car to Soprabolzano, where the isolated Renon tramway can be found serving the link to Collalbo/Klobenstein, with stunning views of the Dolomite mountains along the way.