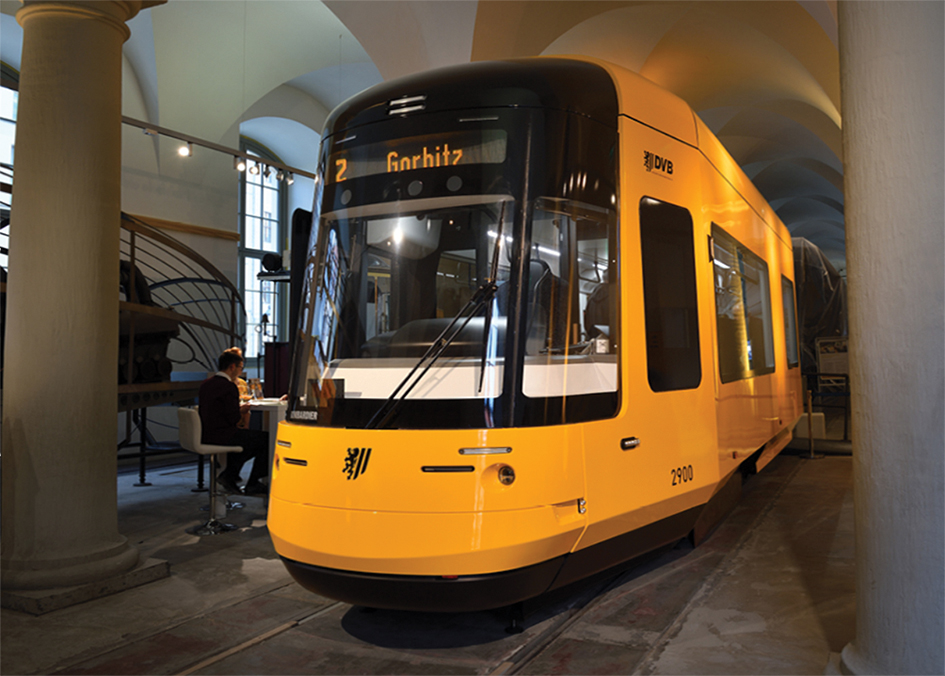 Bombardier’s Flexity tram competes head-on with the Alstom Citadis. The latest Bombardier order came from Dresden; a mock-up was unveiled in January. Image courtesy of DVB

On 22 January US financial company Bloomberg reported that preliminary discussions were underway into a merger of Bombardier Transportation and Alstom (which could be effected by Bombardier selling its Transportation arm to Alstom).

Shares in both companies rose sharply following the news, representing a small recovery for Bombardier whose share price slipped by 36% following its 16 January announcement that full year revenue in 2019 was down to USD15.8bn (including USD8.3bn for Bombardier Transportation). The fall is ascribed to delayed deliveries of Global 7500 aircraft and Aventra EMUs to Transport for London, as well as issues with delivery of the Twindexx EMU fleet to Swiss Federal Railways that have led to compensation discussions.

A planned merger between Alstom and Siemens Mobility was called off in February 2019 when EU competition authorities said the companies had failed to address concerns about competition in the signalling and high-speed train markets. Bombardier Transportation, headquartered in Berlin, and Alstom, based in Paris, may face the same challenges if a formal merger is proposed, as both companies are active in the rolling stock and signalling markets.

It is known that the established European manufacturers are concerned that fragmentation of the sector leaves them vulnerable to competition from Chinese giant CRRC; the conglomerate recently won its first light rail order in Europe, when the Portuguese city of Porto ordered 18 36m low-floor LRVs (see TAUT 986).

Bombardier has received orders for 3516 trams since 1987, and Alstom 2885, but the current order books for both have fallen back in the last year. Bombardier has been vulnerable in recent years due to problems in its Canadian aircraft division, now in partnership with Airbus. It sold a 30% stake in its Transportation division to Caisse de dépôt et placement du Québec in 2016 after reviewing strategic options including a possible listing in Germany or the UK.

News agency Reuters has reported that Bombardier has also been in discussions with Japanese firm Hitachi over the future of its Transportation division.