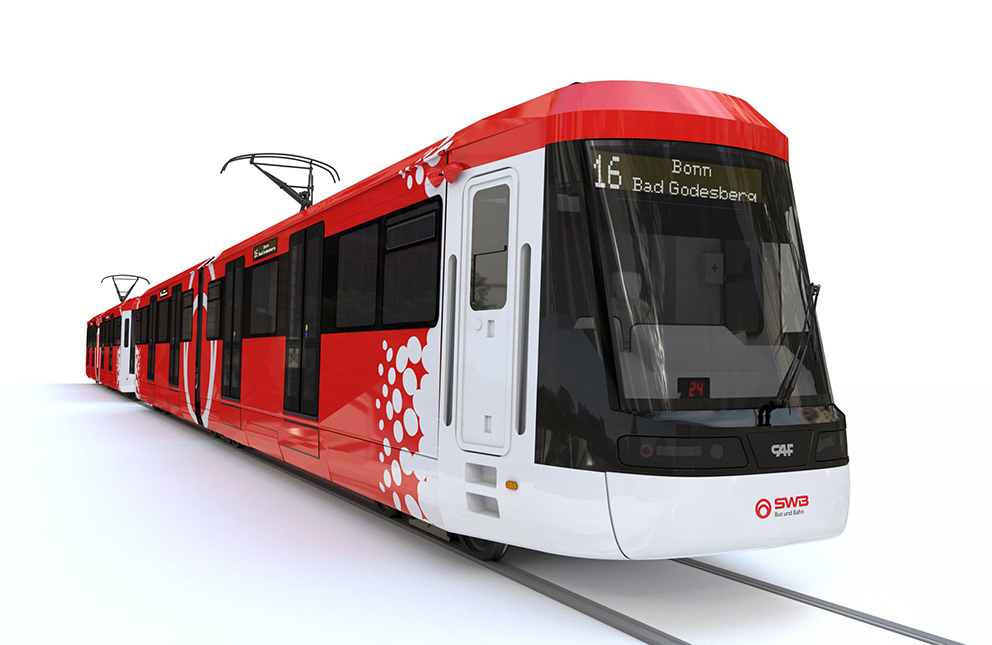 An artist’s impression of the future CAF Stadtbahn design for Bonn and SSB. SWB

CAF has won an order for 22 Stadtbahn vehicles, placed jointly by Bonn operators SWB Bus und Bahn and SSB. The first of the new cars are expected to carry passengers in 2026. Said by SWB to be worth in the ‘high two-figure millions’, the contract includes the provision of spares and options for ten further vehicles.

Of the new cars, 12 will go to SWB with the remainder being owned by SSB (formally Elektrische Bahnen der Stadt Bonn und des Rhein-Sieg-Kreises GmbH). The 28m double-ended units are reported to be “similar in design and dimensions” to the Stadtbahnwagen-B already in service on a number of networks in North Rhine-Westphalia. They will also be similar to the 51 LRVs being supplied by CAF to nearby Essen under a contract signed in June 2021.

In addition to operating over the entire light rail network in the former West German capital itself, the new Bonn cars will also run on the overland routes between the city and Köln.