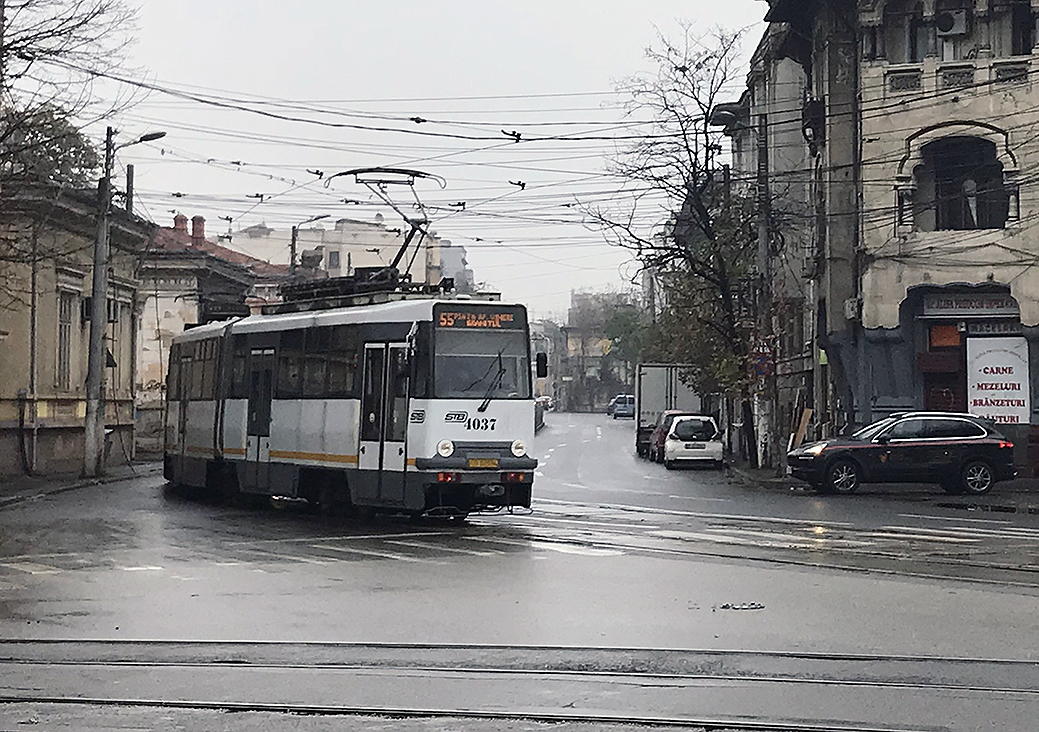 București V2B 4037 on a line 55 service. The poor state of the infrastructure is apparent in this in November 2019 view; a programme to rehabilitate lines 55 and 44 were confirmed in May. TAUT

Under the works, line 40 – which carries more than 16 000 passengers/day – will be modernised in an 18-month project to solve issues with deteriorating tracks, particularly switches and crossings. As well as permitting a 19% increase in passenger flow and a 63% reduction in travel time, this will prepare the route to receive new trams currently on order from domestic manufacturer Astra Vagoane Călători.

A second project, worth RON94m (EUR19m), will carry out a similar 18-month rehabilitation of (primarily) line 55. In this case, work will take place on Pache Protopopescu Boulevard and Traian Street, including the complex intersection Bulevardul Pache Protopopescu – Strada Traian. Line 55 is also to receive ten new tramsonce the upgradeworks are completed.

Separately, a scheme is underway to modernise a 1.1km (0.7-mile) section of double track on Bulevardul General Vasile Milea.

EU Transport Commissioner Adina Vălean visited București in April, during which time Mayor Dan announced plans to expand the capital’s tramway by 30km (19 miles). Romania’s largest tramway originally dates from 1872. A separate metro opened in 1979 and is operated by Metrorex.