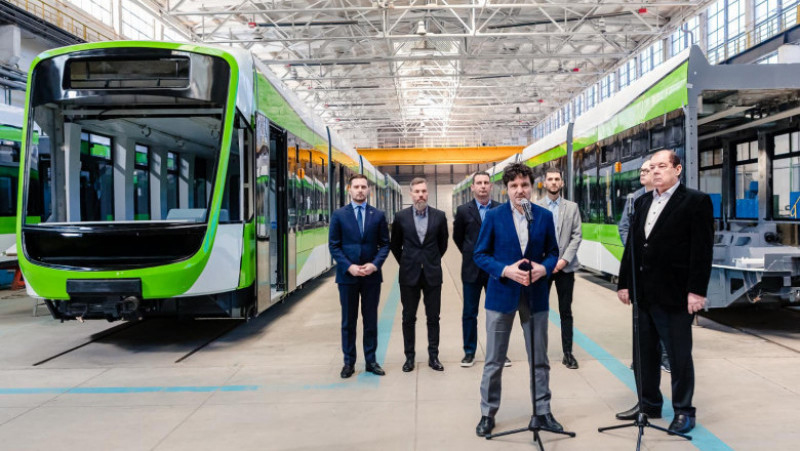 The first of 100 new Astra 36m low-floor trams are due to arrive in the Romanian capital in June. PMB

The tramway in București (Bucharest) could be expanded by 30km (19 miles) under plans announced by the mayor, Nicuşor Dan. Mr Dan confirmed his plans during a visit to the Romanian capital by European Union Transport Commissioner Adina Vălean on 18 April.

In addition to expansion, the city plans to refurbish around 50km (30 miles) of the existing network (which currently covers around 150km/93 miles), with applications being made to a EUR600m fund that is part of the country’s national rehabilitation scheme.

The first of 100 new 36m low-floor trams being constructed by domestic manufacturer Astra Vagoane Călători are to arrive in the city in June. This is two months ahead of schedule.

As well as classic tramway routes, the city currently has two modernised light rail lines, which include provision for the vehicles to run on segregated alignments. The tramway is operated by the municipal Societatea de Transport București, which also runs the city’s buses and trolleybuses.

Romania’s largest tramway dates from 1872, with electrification taking place around 20 years later. A separate metro opened in 1979 and is operated by Metrorex.

Ongoing modernisation of tracks over approximately 1km (0.6 miles) of the Bulevardul General Vasile Milea west of the city centre is expected to be finished during 2022.