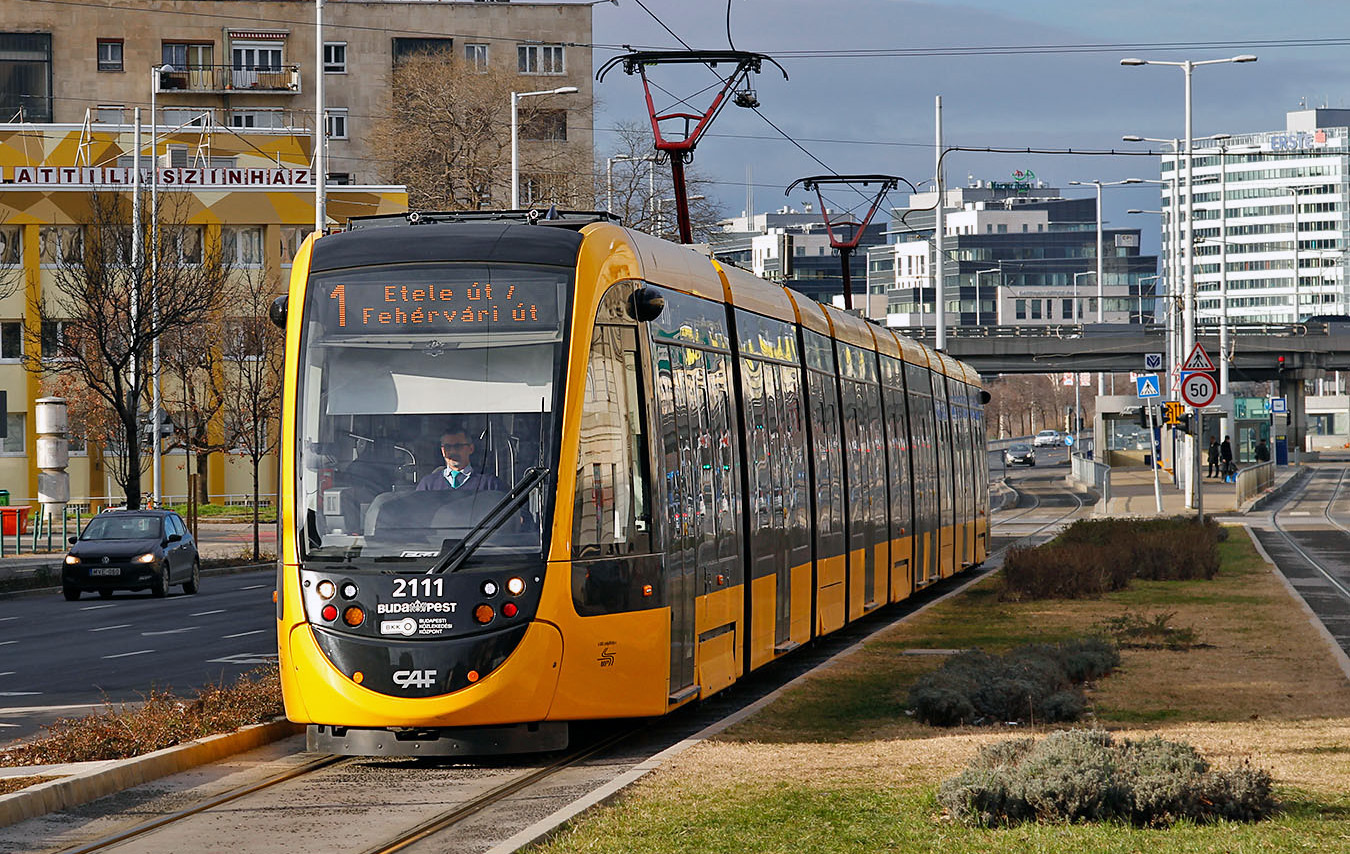 To be delivered from September 2024, the additional low-floor vehicles are part of a contract agreed in 2014 for a base order of 37 trams, with options for a further 51. Announcement that BKK  would fund the latest option, at a cost of EUR40m came in late October.

However, although the per-vehicle cost remains at 2014 prices (plus inflation), economic circumstances have reportedly mitigated against exercising further options; the city has judged that the cost is anything up to 70% below today’s market price.

BKK has said it is investigating the possibility of procuring the remaining 31 trams from the original order, but this would depend on contributions from the European Union Cohesion fund.

Budapest’s fleet also includes 40 Siemens Combino Supra NF12B, which at 54m were the world’s longest trams when they entered service in 2006-07. This latest CAF order is for the 34m variant.

The nine-section Urbos trams run on line 1, which grew in 2019 to 18.2km (11.4 miles), making it the system’s longest and adding a southern Danube crossing. Budapest has one of the world’s largest tramways, covering around 160km (100 miles).