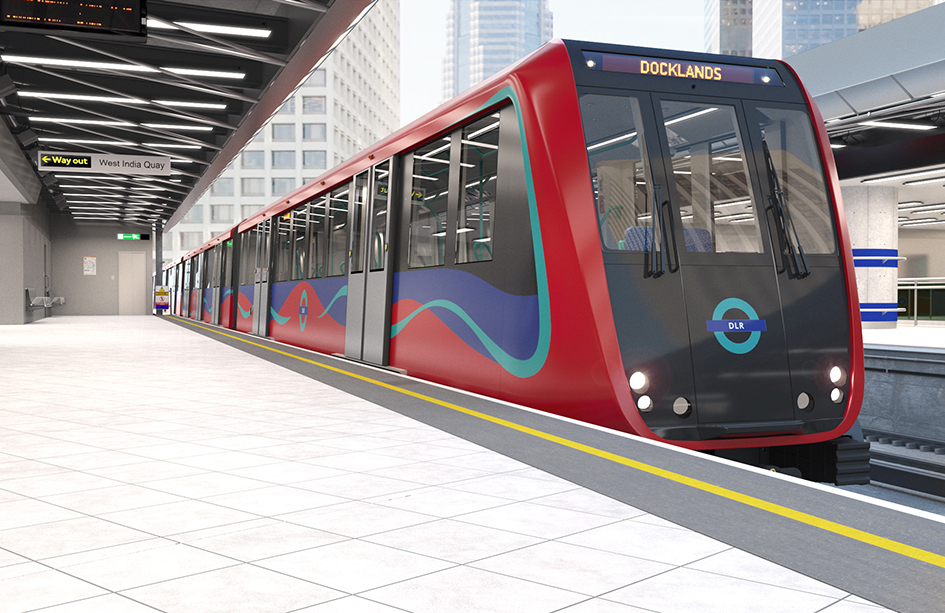 An artist’s impression of the CAF cars due to enter service on the DLR in 2023. Image courtesy of CAF

Transport for London has chosen CAF to build 43 driverless trains for East London’s Docklands Light Railway (DLR), with the first vehicles replacing the oldest B90/B92 units – some of which will soon be 30 years old – by 2023. The approximately GBP350m (EUR390m) contract, announced on 12 June, includes technical support and spares.

DLR ridership has grown by over 65% since 2010, despite its fleet of 149 driverless trainsets remaining the same. The network carried 121.8m passengers last year, with forecasts suggesting a further 20m annually in the coming decade. Reconfiguring the Thales-supplied CBTC signalling system has added around 12% in capacity since 2014, with the main limiting factor now being the number and size of vehicles available.

Based upon the latest CAF Metro design, 33 trains will replace the B90/B92 units, with ten more to increase frequency and capacity. Completion of the order is due in 2024. Options exist for up to 34 more trains; these would be required if a suggested night service is introduced.

The main depot at Beckton will also require expansion, with additional stabling and test tracks, and a new substation and trainwash. This is subject to a separate GBP100m (EUR112m) procurement.