CAF wins order for up to 77 trams for Montpellier 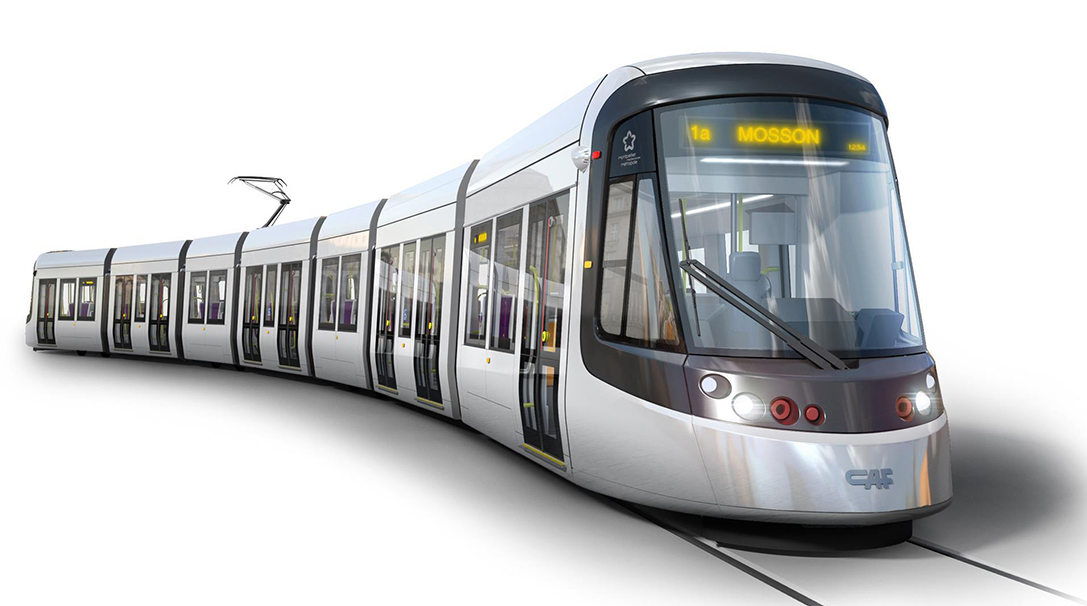 An artist's impression of the seven-section Urbos trams which will be delivered from 2024. Montpellier Mediterranean Métropole

Montpellier Mediterranean Métropole has awarded CAF a contract for 60 seven-section Urbos low-floor trams to cater for expansion of the French city’s tramway network and its move towards free travel for all in 2023. The deal, worth in excess of EUR223m, includes an option for an additional 17 vehicles.

The new trams will be supplied to operator Transports de l’agglomération de Montpellier (TaM) at a rate of two per month over a six-year period from 2024. The majority of the order is planned to replace the Citadis 301 and 401 stock on line 1 (Mosson – Odysseum) and for the future line 5. Running for 16km (ten miles) between Clapiers in the north and Lavérune in the south-west, this EUR440 project is due to complete in 2025. With six-minute planned headways, line 5 is expected to carry 80 000 passengers/day.

Other trams from the order will be used to increase network capacity as the agglomeration becomes the first in France to provide all residents of the 31 municipalities with free tram and bus travel in 2023. This initiative began in September 2020 with the offer of free weekend travel; a year later seven-day-a-week passes were extended to all residents under the age of 18 and over the age of 65.

Alain Picard, Managing Director of CAF France, said: “This contract is of great importance to us on two counts: firstly because it is the largest market for trams in a firm phase ever awarded in France, then because it is the biggest tram contract ever won by CAF in France”.

CAF’s successes in France in recent years include deliveries of Urbos trams to Nantes, Besançon and Saint-Étienne, and refurbishment of the train fleet on Lyon’s metro line D.

The Spanish company is also in the final stages of its acquisition of Alstom’s Reichshoffen plant, following approval by the European Commission in June. This will be CAF’s second facility in France; the manufacturer already operates the former Soulé plant at Bagnères-de-Bigorre and says the takeover of the Alsace plant will ‘consolidate its position as the second most important railway industrial benchmark in the country’.

Alstom offered to divest the plant and the Coradia Polvalent train family produced there in order to obtain European Commission approval for its buyout of Bombardier Transportation, completed in January 2021. CAF is also acquiring the intellectual property rights to the former Bombardier Talent 3 EMU platform.