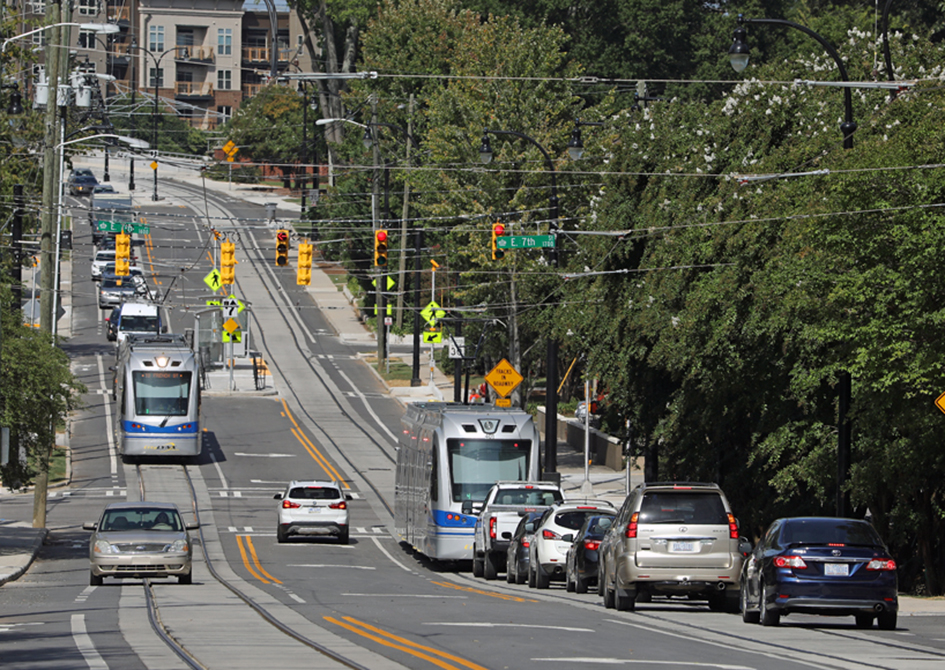 Looking up Hawthorne towards 8th and Sunnyside Ave on 30 August 2021. A criticism of the latest phase of the Gold line is slow journey times caused by shared lanes. A. Grahl

The City Council in Charlotte (US) has approved further work for Phase 3 of the CityLYNX Gold line. A USD4.3m design contract with AECOM for expansion of the east-west line by 9.6km (six miles) will now move forward.

The Gold line’s USD150m second phase, which opened on 30 August 2021, has faced criticism for its slower journey times; many councillors in North Carolina’s largest city have suggested their full support for Phase 3 would depend on greater traffic light priority and increased segregation from other road traffic. Despite offering free rides, the line currently carries an average of 1400 passengers/day.

Passenger operation on the initial 2.4km (1.5-mile) central portion of the Gold line (opened in 2015) was suspended in June 2019 to permit rebuilding and extension.

The current 6.4km (four-mile) line runs from French Street to Sunnyside Avenue with a total of 17 stops. Five of the six Siemens S700 three-section low-floor cars acquired as part of the Phase 2 project are required for daily service by Charlotte Area Transit System (CATS), running to 20-minute headways, 05.00-01.00 and seven days a week. Equipped with onboard batteries for the Uptown section (Bus Station – Mint Street), each S700 has capacity for 255 passengers, 56 seated longitudinally.

The GOMACO replica ‘Birney’ cars that operated the original Gold line were subsequently sold to Memphis.

The future of Phase 3 is largely dependent on a voter-approved sales tax increase later this year, and could open in 2034. 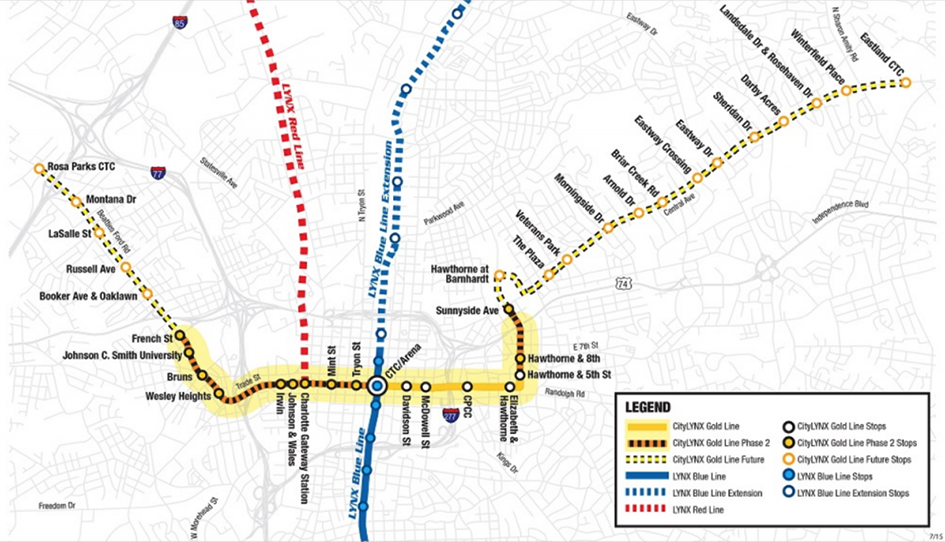 A map of the full Gold line, showing the planned connections with existing and future LRT and rail lines. City of Charlotte.