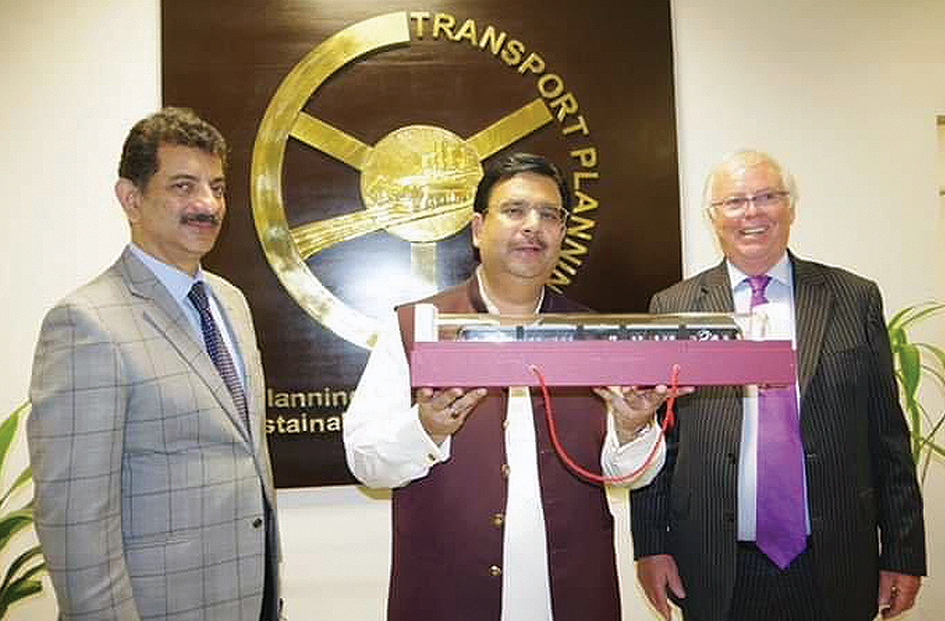 A model of a Czech-built tram is held aloft during the signing of the MoU on 18 October. Image courtesy of Dawn

Lahore, the capital of Punjab province, is the second-most populous city in Pakistan, with 11.1m residents – and crippling congestion and air quality issues. Studies from the local university in 2017 showed that intense congestion on the city’s roads were an impediment to economic development to the tune of an estimated USD500 000/day.

Public transport is operated by the Lahore Transport Company (which includes bus rapid transit) and the Punjab Mass Transit Authority, which is currently developing a USD1.6bn metro. The 27.1km (16.8-mile) mostly-elevated Orange line is due to open in 2020 using 27 Chinese-built five-car trains. Blue (24km/15 miles) and Purple (32km/20 miles) lines are also proposed. Lahore had a horse tramway from 1887 to 1902, but this was never electrified.

The first plans for a modern tram network came after the Punjab transport minister visited the Czech Republic. A joint venture of Inekon Group (17%), China Railway Signal & Communication Corp (66%) and Xiangtan Electric Manufacturing Group Corp (17%). was subsequently appointed to examine the feasibility of a city tramline. The corridor selected was Canal Rd, a major urban highway running to the north of the city centre, with a 35km (22-mile) route from Thokar to Jallo.

On 18 October a Memorandum of Understanding was signed aimed at the formation of a PPP contract; a fleet of 50 low-floor articulated trams, based at two depots in the city, would be required to carry 35 000 passengers/hour/direction.