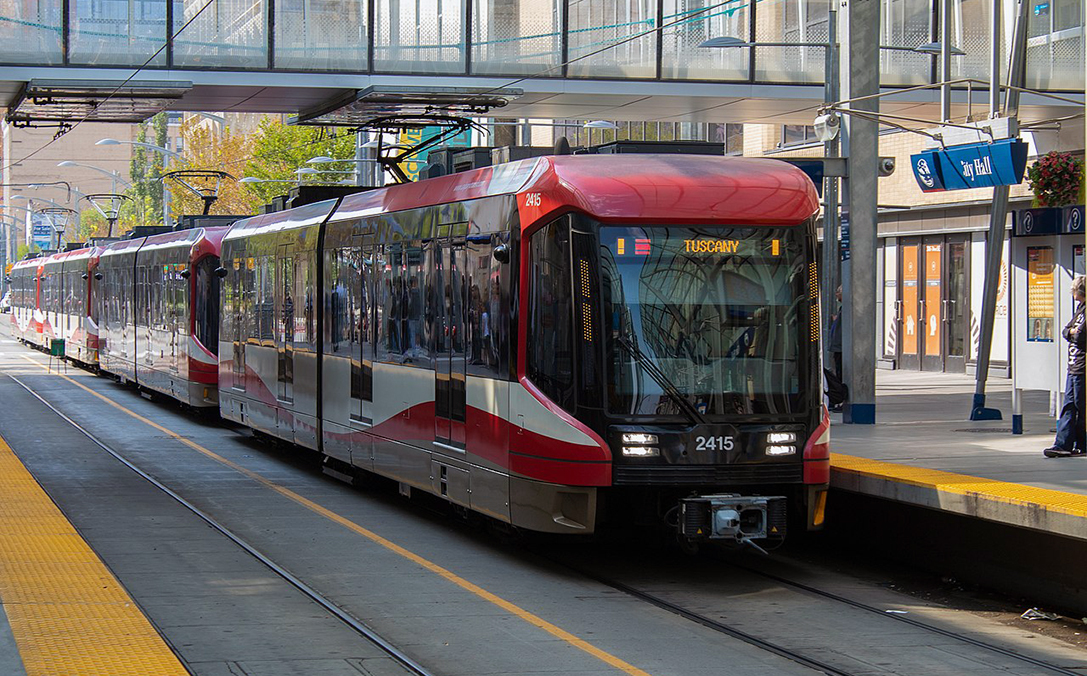 A train of Siemens S200 LRVs in Calgary; similar cars could soon be used in Cleveland. J. Corbett / CC-BY-SA 4.0

The Greater Cleveland Regional Transit Authority (GCRTA) is reportedly close to concluding a deal which would unify rolling stock across its light rail and rapid transit lines, standardising operations and offering a ‘single-seat ride’ from Shaker Heights to Cleveland Airport or from Windermere to the Lake Erie waterfront.

Cleveland is one of the major cities in the Great Lakes region (population 368 000) and the origins of its rail transit network date back to 1913 after the Van Sweringen brothers developed the planned suburban community of Shaker Heights and installed a rail link to the city centre (Union Terminal) that became the municipal Shaker Heights Rapid Transit in 1944.

It used PCC streetcars which ran on grade-separated right-of-way to provide a fast connection between two lines serving Shaker Heights and the city (21.6km/13.5 miles). These were replaced by 48 Breda LRVs in 1980-81, but only 34 of these 2.8m-wide cars are used for today’s Green and Blue line services. A 3.5km (2.2-mile) light rail extension to the waterfront opened in 1996; closed during the pandemic this should re-open in 2023.

The city also has a 31km (19.2-mile) conventional rapid transit line (the Red line) linking Windermere and Cleveland Hopkins International Airport via Union Terminal. Opening between 1955 and 1975, two stations, with split-level platforms, are also used by light rail services on 2.6km (1.6 miles) of track-sharing. Tokyu Car Corporation (now Japan Transport Engineering Company) provided the third-generation of Red line rolling stock; 60 of the 3.15m-wide cars were delivered in 1984-85; 40 of these remain.

With more frequent failures and rising maintenance costs affecting patronage, many of GCTRA’s older cars have been cannibalised to keep the others running. The agency has been evaluating replacements since 2019 with LTK Engineering, now determining that a standard car would bring economies of scale, despite requiring the closure of all 18 Red line stations to permit tracks to be raised and 114mm added to the platform widths.

Studies indicate that GCRTA will need to replace its Red line stock no later than 2024 and the Blue/Green line cars before 2030. The agency has around USD190m in place or already committed, but faces a shortfall of around USD111m to complete a full fleet renewal.

The procurement stage is now almost complete and it is understood that Siemens is the preferred choice to deliver its S200 articulated LRV of the type already running in Calgary, Canada. An order for 24 is initially expected to replace Red line stock, with the option of a further 36 for the Blue and Green lines.