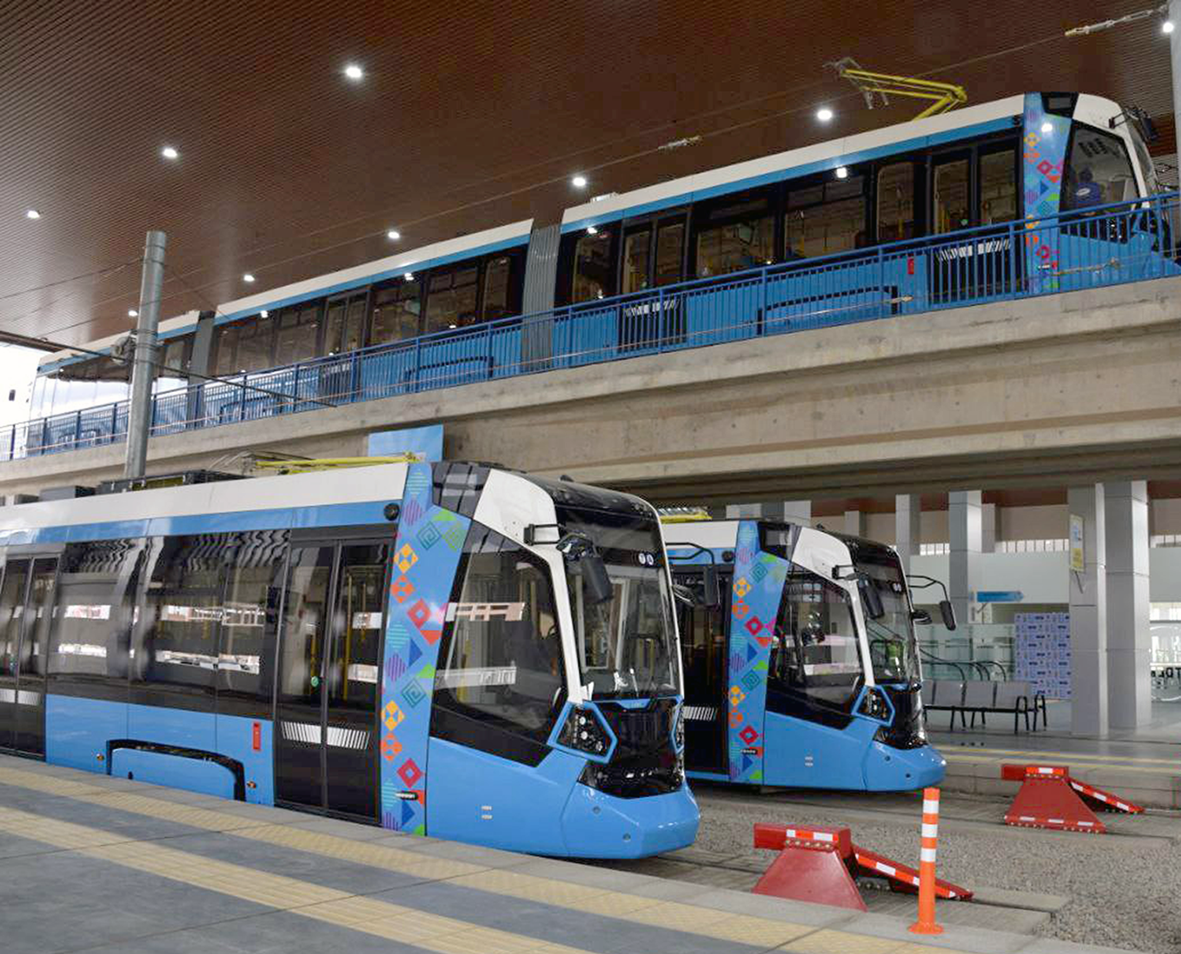 The main interchange on the Cochabamba tramway, with Red line above and Green line below. Mi Tren

Inauguration of the new tramway in Cochabamba, Bolivia, was overseen by President Luis Arce in September, coinciding with the city’s 212th anniversary. Passenger service began with two weeks of fare-free operation on the Red line; 3500 passenger journeys were recorded. Limited service on the Green line has also begun. The official opening followed several months of ‘educational rides’. Fares are still to be officially determined but a single journey is expected to cost BOB2.50-3.50 (EUR0.35-0.50).

Although only the Red and Green lines are currently operational, the latter is currently truncated to around 16km (ten miles) and 13 stops due to a dispute with the municipality of Quillacollo over 30m of track (currently missing). The Yellow line is still in the very early stages of construction.

While popular with initial passengers, services on both lines were suspended for a few days from 23 September due to thefts of around 50m of copper communications cabling. Checks were subsequently made on the full route.

Work began on the three-route ‘Mi Tren’ system in August 2017. Project management is being handled by Swiss company Molinari Rail, with Credit Suisse providing finance, and tracklaying by Spain’s Joca.

A fleet of 12 Stadler Metelitsa 33m double-ended three-section trams are available for the Red and Green lines, but these will be insufficient to service all three routes. Manufactured in Belarus and similar to those built for Sankt Peterburg (Russia), the 33.76m low-floor trams are capable of 80km/h (50mph) and can accommodate 287 passengers, 66 seated.

Suffering from severe traffic congestion – undoubtedly a detraction from its ‘eternal spring’ climate – Cochabamba lies in an Andean mountain valley 2500m above sea level. Bolivia’s fourth-largest city has a population of 630 500, with two million in the metropolitan area.