Cologne invites tenders for up to 192 LRVs 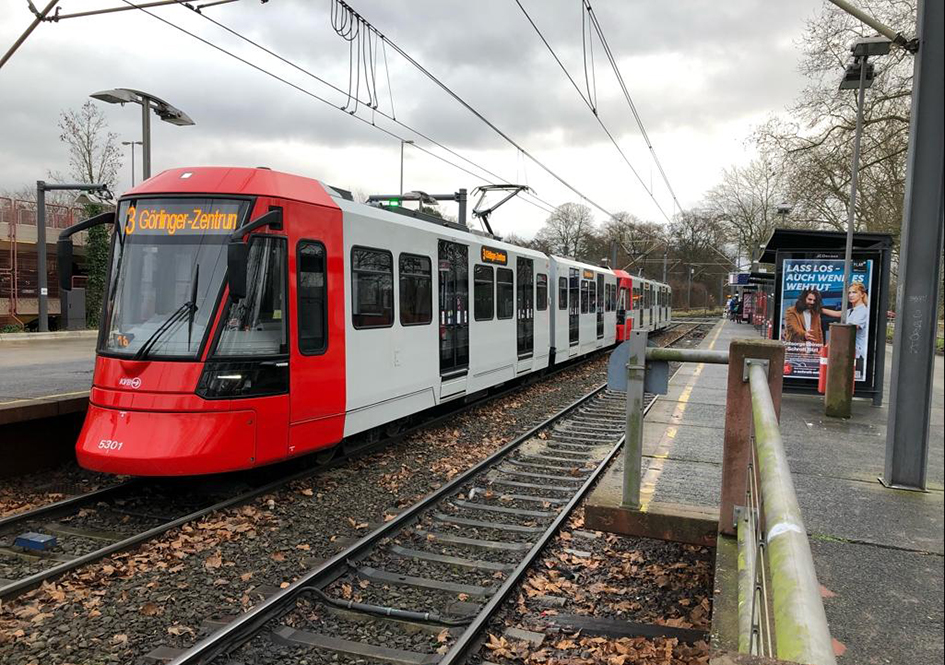 The current design of high-floor LRV being delivered to KVB by Alstom. KVB

Kölner Verkehrsbetriebe (KVB), operator of the tramway network in the German city of Köln (Cologne), has issued formal tender documentation for the supply of 132 high-floor Stadtbahn cars and 34 intermediate modules.

The specification, published on 12 January, calls for 2.65m-wide units capable of 80km/h (50mph) running and multiple-unit operation with the ability for passengers to be able to walk through. An initial order for 73 cars is planned, including provision for maintenance and spares, with the option for a further 60 cars and 23 intermediate modules.

Intended to permit the withdrawal of Stadtbahn-B stock dating from 1984-96, this planned order was trailed as long ago as September 2021. Approved by the city council in May 2022, it was described by KVB as the biggest tram order in its near 150-year history.

The undertaking is currently taking delivery of 29 high-floor Flexity Swift cars of type HF6, ordered from Bombardier before the company was taken over by Alstom.