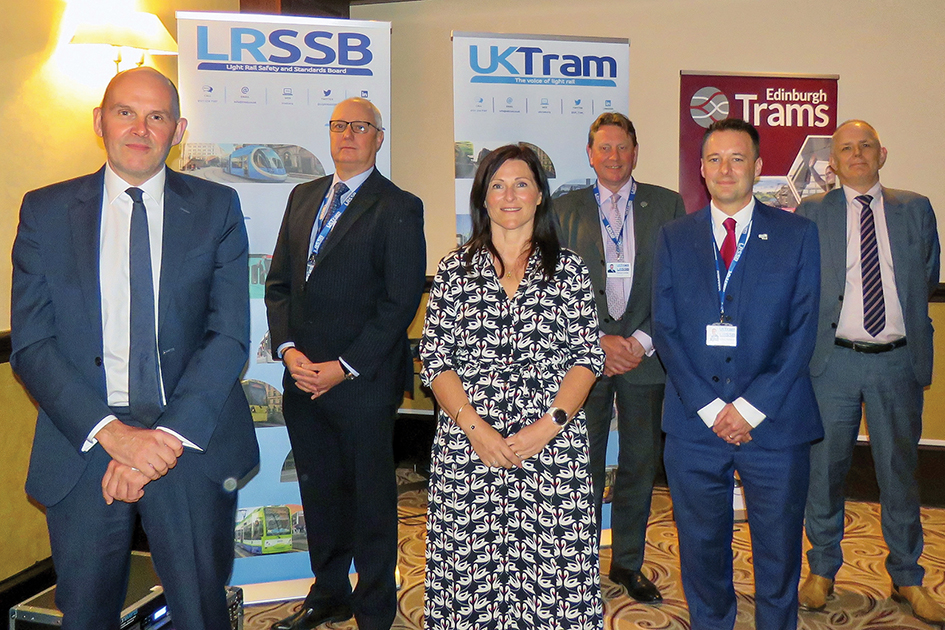 The urgent need for a clear, unified light rail policy for the UK was the rallying call at this year’s UKTram/LRSSB Summit, held in Edinburgh on 23 September.

George Lowder, Chief Executive of Transport for Edinburgh and UKTram Chair, set the scene for around 100 delegates who took part in an interactive day of presentations and debate, sharing the latest work of the industry bodies and fine-tuning the strategy before it is put to Government later this year.

The pandemic has proven the vital role light rail plays in society, Mr Lowder began, and while the industry has pulled together to help secure over GBP250m (EUR292m) from governments in England and Scotland to keep systems running, to get back to a level of ‘self sufficiency’ will require tailored support over a structured multi-year framework.

Where the UK falls behind

How far the UK trails the rest of Europe was highlighted by Keolis’ UK CEO Alistair Gordon. “The case for light rail has never been stronger or more obvious,” he said, adding that the benefits are unarguable.” He went on to cite examples of over 20 new French systems opened since the Millennium; 18 of the country’s top 20 largest cities now have a light rail system. By comparison, the UK has seen just three all-new systems open over the same period.

This disparity goes further. Of the 72 metropolitan regions in Europe with a population of over one million, only three do not have a light or urban rail transit solution. All of them are in the UK.

The effects in Lyon, a Keolis-run system, have been transformational. With an integrated network that includes four metro lines, six tram routes, two funicular railways, 130 regular bus lines and 21 park-and-ride sites, 350 journeys are made per person, per year.

Reiterating points outlined in March (TAUT 999), Mr Gordon called for a greater recognition of the social and economic benefits when making the case for investment. If these benefits are to be captured, he said, the UK has a chance of ‘fast-tracking’ schemes to make it possible for new systems to be developed in five years instead of ten.

Modal integration was also covered in the suggestion that light rail could form part of the proposed Great British Railways (GBR) that is due to assume responsibility for Britain’s railways in 2023. From that point GBR will subsume current infrastructure manager Network Rail into a new body that will also take control of operational contracts, creating a new fare structure and harmonised timetables. It will replace the franchise system, which has effectively collapsed during the pandemic, requiring ‘money no object’ support from the UK Government totalling over GBP13bn (EUR15bn).

Are we ‘tomorrow’s’ hero?

Jonathan Bray, Director of the Urban Transport Group of UK local authorities, also made a powerful case that the time is right for a new transport model for cities, but cautioned that the industry needs to focus on what light rail ‘can do for city regions’ rather than ‘what it offers as a transport solution’.

Heavy rail is now seen as “yesterday’s public transport hero”, he contended, being replaced by the bus as a lower-cost solution for urban travel in the eyes of government. Mr Bray stressed the importance of building an ‘armoury’ of evidence to support the arguments for light rail and that this should now be a national debate, rather than being considered as a local issue as it often is now.

It is not as if the UK is bereft of ideas and innovation. James Hammett, Managing Director, highlighted a few of the current opportunities, with ‘obvious’ potential to support national infrastructure projects such as HS2. The mode also has an important part to play in the ‘Restoring your Railways’ initiative that seeks new ways to repurpose under-utilised or closed railway branch lines to better serve communities and drive modal shift.

To maximise the potential of light rail in the UK, September’s Summit saw the unveiling of a new draft strategy document. Following months of consultations, it has been suggested the industry should ‘hold the pen’ when it comes to owning and delivering the strategy – but this requires champions within Government, Mr Lowder said.

Key points addressed by the draft include:

• Promoting collaboration between bus and (heavy and light) rail operators to ensure modal support rather than competition, and drive integration.

To support the launch of the strategy, UKTram has produced a new video which received its premiere at the summit: www.uktram.org/2021/09/30/new-video-drives-home-the-case-for-light-rail/