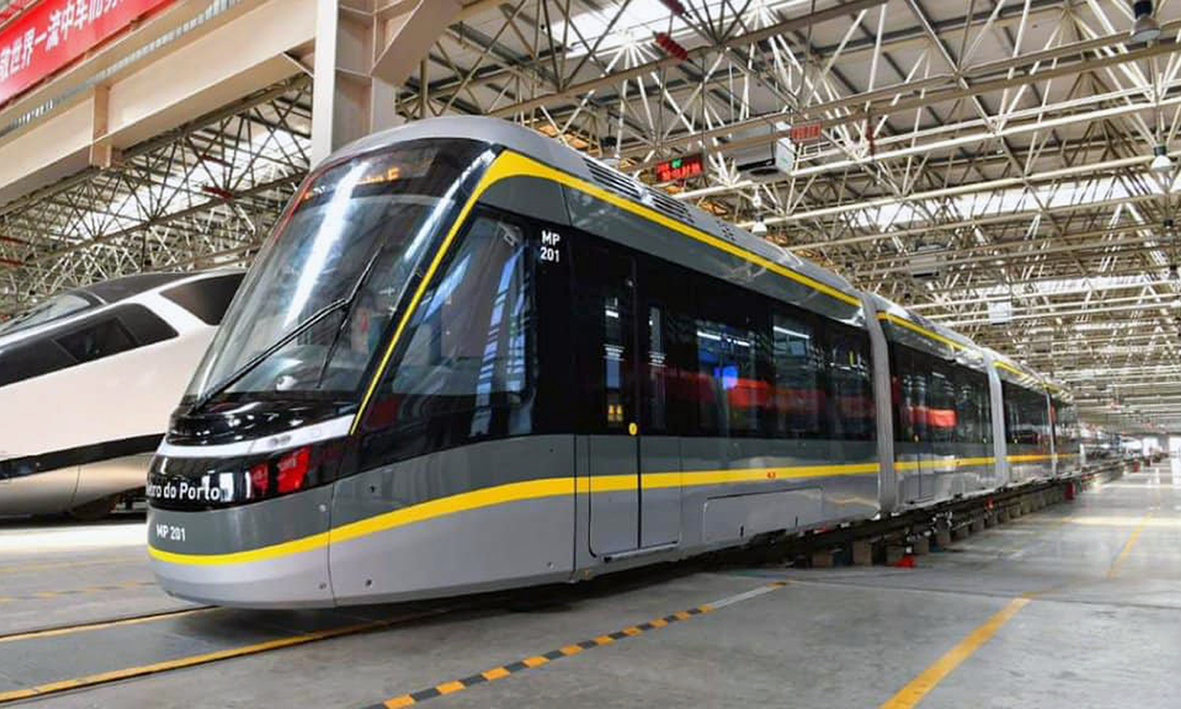 The first LRV for Porto inside the CRRC factory in Tangshan, China. CRRC

The first of 18 new low-floor trams for Metro do Porto (Portugal) has rolled off the CRRC Tangshan production line in Tangshan, China, after eight months of assembly work. Testing is to being imminently.

Porto’s light rail operator signed a EUR49.6m contract for the four-section trams in January 2020, including five years of maintenance. Each double-ended unit can carry up to 316 passengers, 64 seated, and has a maximum operational speed of 80km/h (50mph).

Metro do Porto was expecting the first tram in the second half of 2021, with completion of the order planned by 2023. However, CRRC Tangshan Chairman Zhou Junnian admitted that challenges related to the COVID-19 pandemic and developing a new design to meet European technical standards mean that construction of the first car did not begin until November 2021.

The new fleet will join Porto’s existing 72 Eurotram and 30 tram-trains, both supplied by Bombardier (now part of the Alstom group), and will work across the system as well as catering for expansion which will add 6.25km (3.9 miles) and seven stations to the network. This EUR300m programme includes a new 3.1km (1.9-mile) underground São Bento – Casa da Música Pink line, and a 3.15km (1.95-mile) southern extension of the Yellow line from Santo Ovídio to Vila d’Este.