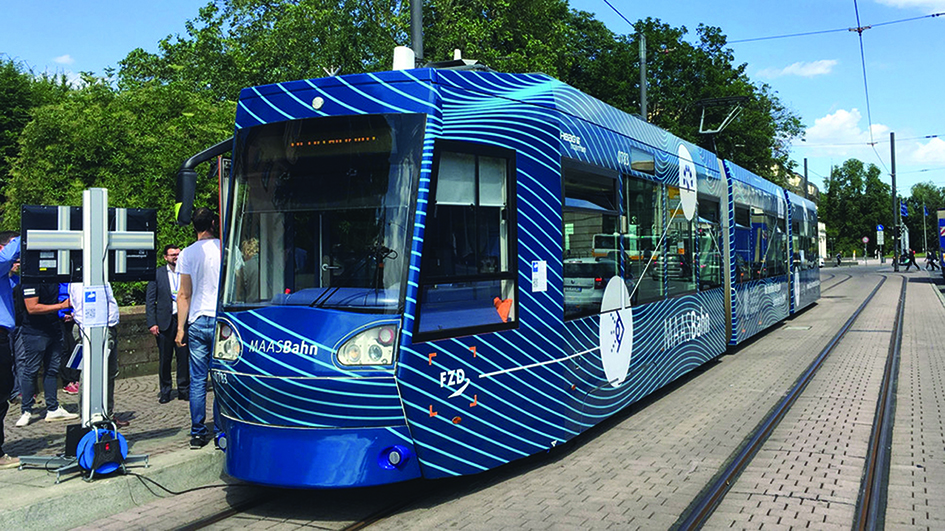 On 13 June HEAG, the transport operator in the German city of Darmstadt, unveiled its summer plans to test an autonomous tram on the city’s metre-gauge network. Eight-axle ST14 car 0783 (Alstom, 2007) has been fitted with cameras and sensors that will enable it to operate without the direct input of a driver, although there will always be a human presence in the cab.

The test tram carries a special livery for the project, named MAAS (Machbarkeitstudie zur Automatisierung und zu Assistenzsystemen der Strassenbahn) and trials will last until April 2021, when there will a review to determine future prospects.

HEAG is working on the project with the Technische Universität Darmstadt Department of Mechanical Engineering and the systems have been supplied by Continental, a German company that is involved with the development of technology for autonomous motor vehicles, including delivery vans.

On 7 June the undertakings in Leipzig and Görlitz signed an agreement to develop an innovative tram design for rolling stock replacement in the mid-2020s. The cities in the German state of Saxony, together with Zwickau, will explore the possibilities for autonomous driving and digitisation to reduce operational and maintenance costs, with plans to test the first trams on the smaller and less-congested network in Görlitz, perhaps as early as 2025.

Leipziger Verkehrsbetriebe says it has learned many lessons during the procurement of its latest Solaris Tramino XL trams that will inform the specification for the new trams.

LVB is seeking to eventually replace its NGT8 trams that date from the 1990s and will soon reach the end of their economically useful lives.