End of an era for the Tyne and Wear Metro 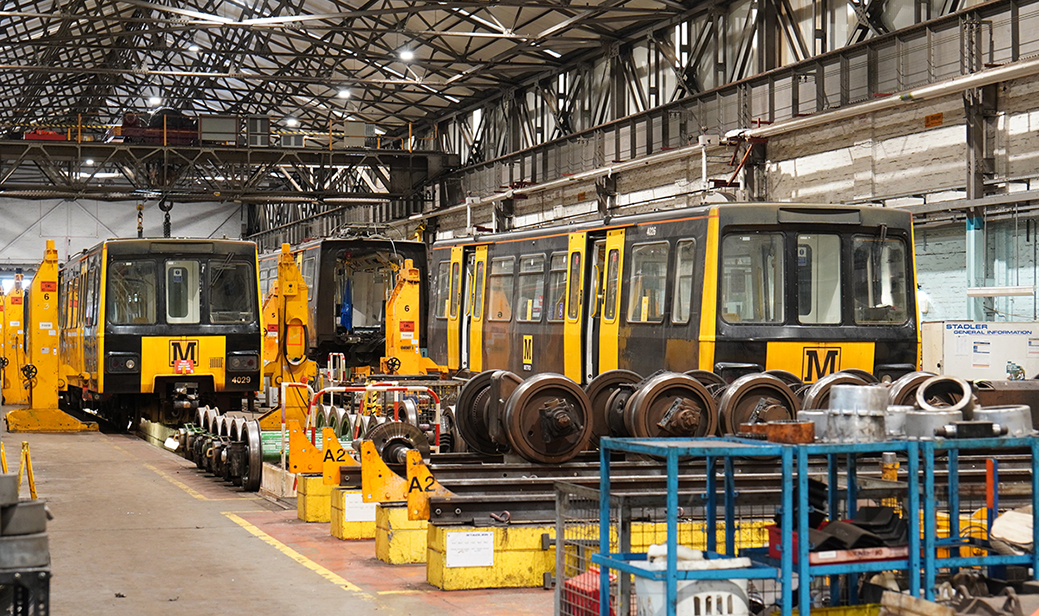 Delegates at the 2022 UK Light Rail Conference were given a guided tour of the Gosforth depot last July; this year they will be treated to a tour of the new facility. Neil Pulling

The doors to the Gosforth depot, which has maintained the fleet of the Tyne and Wear Metro for 43 years, closed for the final time on 19 January.

The 100-year-old depot was first opened in 1923 by the London and North Eastern Railway, a replacement for a fire-damaged facility at Walkergate. It was later home to Tyneside’s electric trains, the last of which ran south of the river in 1963, and north in June 1967. Converted in the late 1970s, it has been used to maintain the UK system’s rolling stock since its opening in 1980 and will now be demolished.

A purpose-built GBP70m (EUR80m) facility has been constructed on the same site by VolkerFitzpatrick on behalf of Stadler as part of the January 2020 order for new trains signed with the Swiss rolling stock manufacturer. The contract includes including maintenance of the new fleet for 35 years and disposal of the system’s original Metrocars.

The first of 46 new trains is due in the UK in a few weeks’ time. Built in Stadler’s factory in St. Margarethen, Switzerland, they are due to enter service from July.

The 59.9m five-car trains promise up to 30% improvements in energy efficiency – using onboard energy storage and enhanced regenerative braking – greater capacity (up to 600 passengers per train), air-conditioning, USB charging points and automatic sliding steps at all eight doors to improve accessibility.

Nexus’ Head of Fleet and Depot Replacement Programme, Michael Richardson, said: “The facilities we were using had become dated, so the move to the new depot is long overdue.

“There has been a nostalgic goodbye to the old depot all this week, but we are excited to see the new one being brought into use. The new depot will be used to care for the current Metro fleet, and the new trains as they start arriving in north-east England.”

Nexus has created a video montage of Gosforth depot over the years, which can be found here.

> Tramways & Urban Transit carried a detailed two-part special to mark 40 years of the Tyne and Wear Metro in October and November 2020 (issues 994 and 995). Get your copies by contacting us.