EUR456m for tram and metro projects in Rome 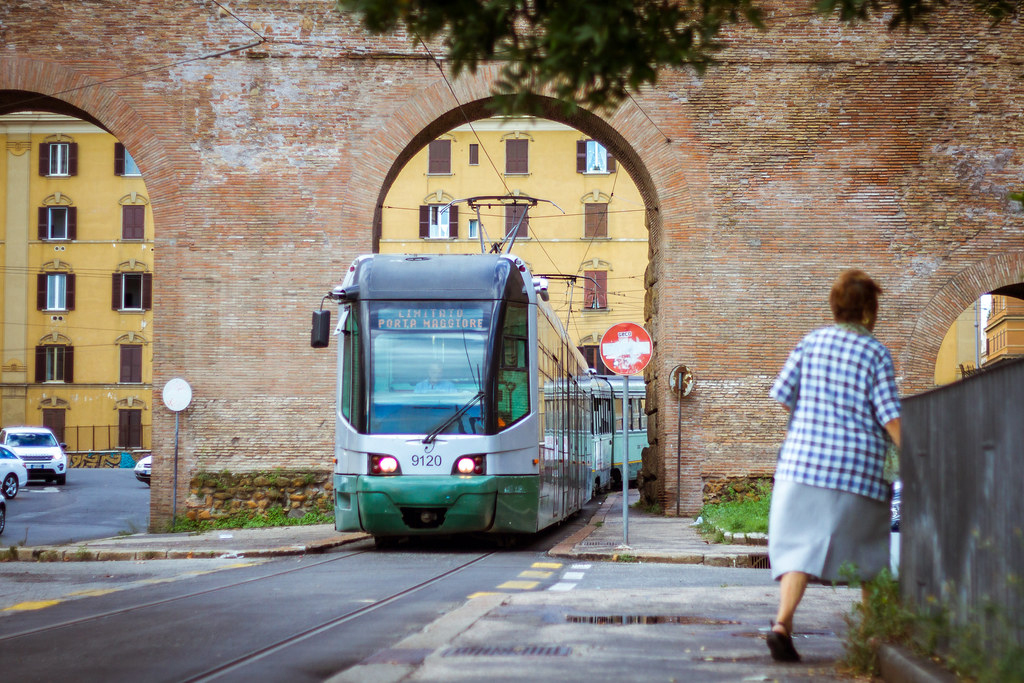 A Fiat Cityway on the streets of Rome; these 9100-series cars were ordered from Fiat Ferroviaria in 1998. Orlando Contreras López / CC BY-ND 2.0

The City Council in Rome has approved a funding agreement with the Ministry of Sustainable Infrastructure and Mobility that will see EUR366.5m invested in new tramlines and rolling stock for the Italian capital.

The most significant element of the programme involves construction of a new 8km (five-mile) route to Palmiro Togliatti railway station, located on the Rome – Pescara line to the east of the city. The project is valued at EUR184m.

A further EUR23.5m will go towards a new 1.5km (0.9-mile) route from Verano to Tiburtina; the funding package also provides EUR159m for the purchase of 40 new low-floor trams.

A decision to streamline the development process taken in June means the new routes will not be subject to same level of detailed environmental impact assessments. This will save an estimated six months from the design and construction phase. It is hoped that work on the new lines can begin this year, for completion in 2025.

A further EUR90m contribution has been allocated to the western extension of metro line C from San Giovanni to Piazza Venezia. This will finance connections between the running tunnels on section T3 in Fori Imperali, as well as the purchase of six new trains and upgrades to the line C/A interchange at San Giovanni to meet the latest fire safety regulations.

Mayor of Rome, Roberto Gualtieri, said: “We are taking a fundamental step forward on the path to finally providing Rome with a public transport network on a par with a major European capital. We want to carry out a true transport revolution, to reduce the distances between neighbourhoods, make the lives of the citizens of Rome easier and make our city greener and more sustainable, with fewer cars and less pollution.”

Rome’s tramway currently consists of 34km (21 miles) of tracks across six routes. The once-expansive system once covered over 400 route-km (248 route-miles), but was gradually rationalised from the late 1930s onwards. The first route of what would become today’s 59.4km (36.9-mile) three-line metro opened in February 1955.