Fare-free travel made permanent in Cincinnati 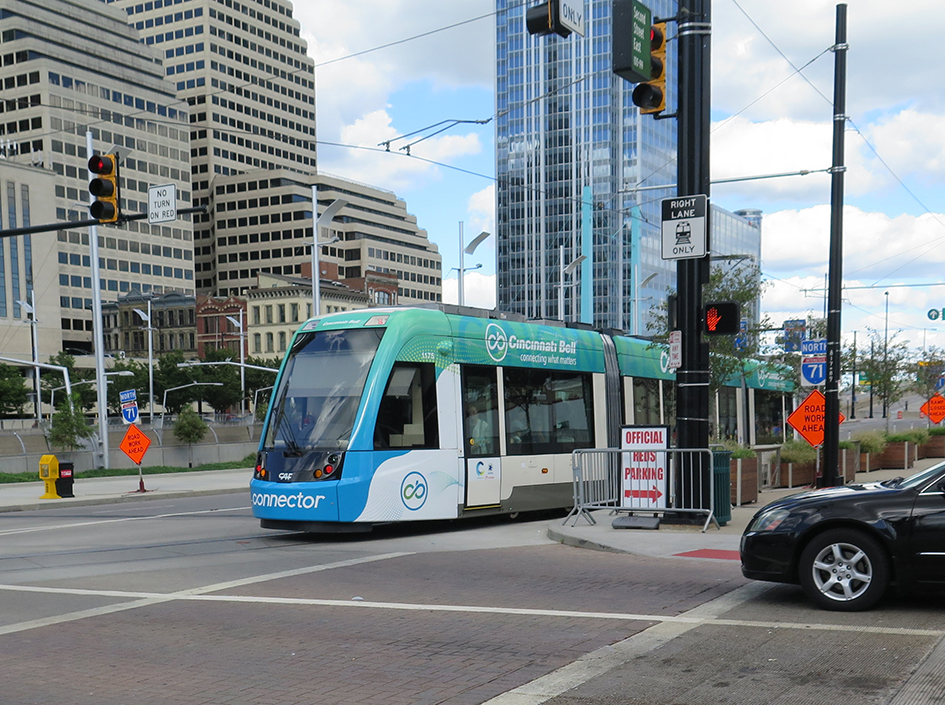 Fare-free operation on the Cincinnati Bell Connector streetcar, which started with the return to service after the coronavirus pandemic eased in September, has now been extended to become permanent.

Before the pandemic fares were raising USD330 000/year, but cost USD260 000 to collect, with criticisms that this also slowed the service. Fare-free operation began on 1 November on the 5.8km (3.6-mile) downtown route that serves 18 stops in a figure-of-eight loop.

Cincinnati Mayor John Cranley opposed the vote to remove fares, halting the service in March in response to the pandemic and claiming that there would not be enough money to run the streetcar in fiscal year 2021.

Fellow council member Jan-Michele Lemon Kearney – who opposed the streetcar before its construction – said: “I think our job now, now that we have it, is to make it a success. We learned this summer that it was less expensive to run the streetcar than it is to not run it. We’ve seen it run without anyone on it… that seemed ridiculous to me. We can do better than that.”