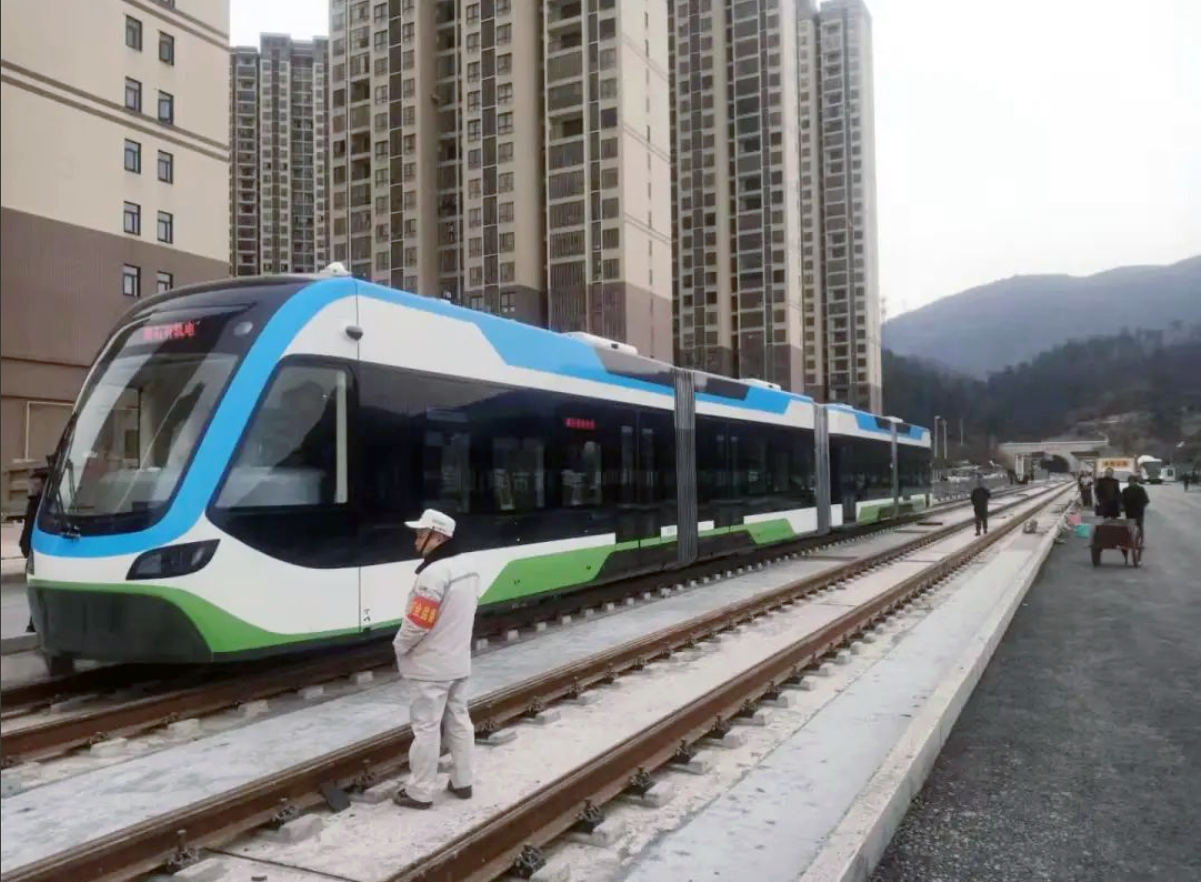 A contrast in Huangshi with a modern CRRC low-floor tram and high-rise development against the backdrop of rural landscapes. Huangshi Tram

Trial service has begun on the modern tramway in the Chinese city of Huangshi. Part of its final commissioning phase, a full opening is planned before the end of the year. Test running on a 3.8km (2.4-mile) section, covering four stops, took place in December 2021.

The full 26.8km (16.7-mile) standard-gauge route starts from the intersection of Shenjiaying Avenue in the city’s old town and heads south to the Olympic Sports Center Station in Daye Lake. The alignment also features a 1.5km (0.9-mile) double-track tunnel through Huangjing Mountain.

Of the 30 stops, one is underground and two are elevated; a depot, workshop and control centre have been constructed to house the system’s CRRC 100% low-floor trams. Each 36.6m four-section car can accommodate 340 passengers, 68 seated.

A loan of CNY2.76bn (EUR386m) was agreed with China’s New Development Bank in December 2019 towards the total CNY4.58bn (EUR640m) project cost. Initial work began in September 2020, with an official ground-breaking ceremony on 28 October 2020. The lead contractor is China Construction Shenzhen Decoration Co.

Further phases of the project could see extensions to Huangshi’s port district, serving the Yangtze River, and north to Ezhou Airport.

Huangshi is a prefecture-status city in Hubei Province which has encountered the same challenges faced by many Chinese cities which are undergoing rapid urbanisation. The old town has been saturated with dense development, impairing growth and economic development. A new economic and technological development zone has developed rapidly since 1992, however the only public transport link to date has been one dedicated bus line which has reached capacity.