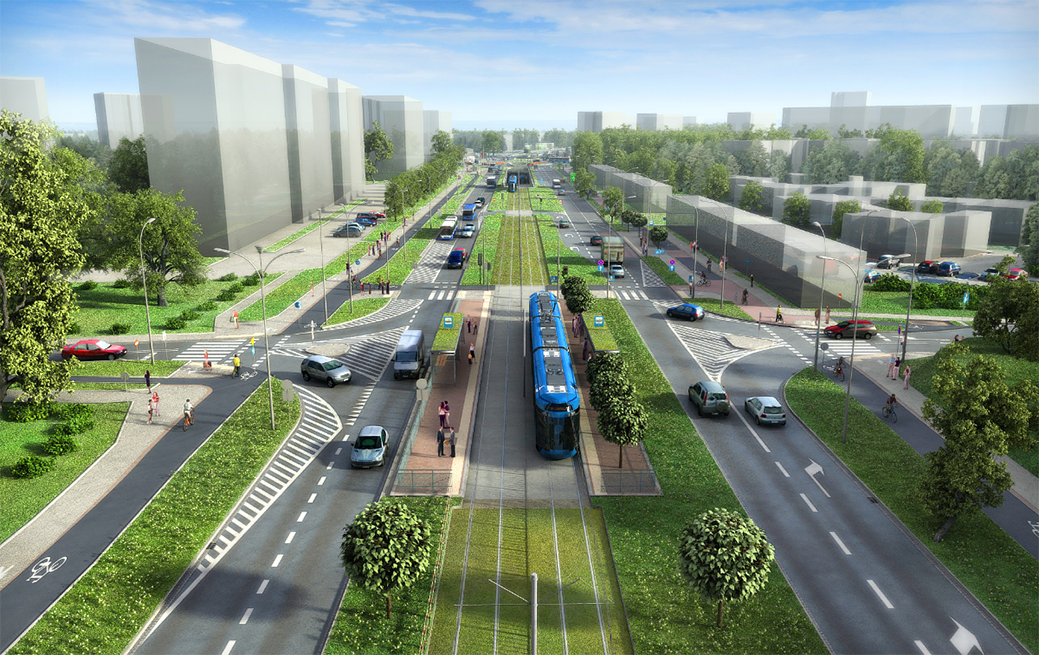 The project comprises 4.5km (2.8 miles) of double-track, including a 900m (0.56-mile) tunnel, through residential districts north of the city to connect the existing Mistrzejowice terminus (lines 9, 14, 16) and the Lema/Meissnera intersection (line 49) at the western end of Aleja Jana Pawła II. The project also includes a multi-level interchange at Polsadu roundabout and improved infrastructure for pedestrians and cyclists.

Gülermak Group is responsible for finance, design and construction of the new line and 20 years of maintenance. Design work on the project is currently at around 60% with construction expected later this year ahead of an inauguration in late 2024/early 2025.

Once open, tram journeys to the city centre will be reduced by 12 minutes with frequencies of up to 90 seconds, increasing the system’s capacity and enabling the operation of more than 40 additional services/hour.

The first tramway project in Poland to be delivered under a PPP is valued at PLN1.3bn (EUR280m), including capital expenditures of PLN824m (EUR177m). Alongside the EBRD loan, the rest of the financing package of around PLN565.5m (EUR122m) will be co-financed by the European Investment Bank and a Polish commercial bank.

“The Krakow tram PPP represents a pioneering project in the evolution of the PPP market in Poland and a significant milestone for Gülermak Group as its first PPP investment. The EBRD brings substantial experience to the project and also guides all stakeholders to prioritise green economy transition,” said Türkekul Doğan, CEO of PPP Investment for Gülermak.