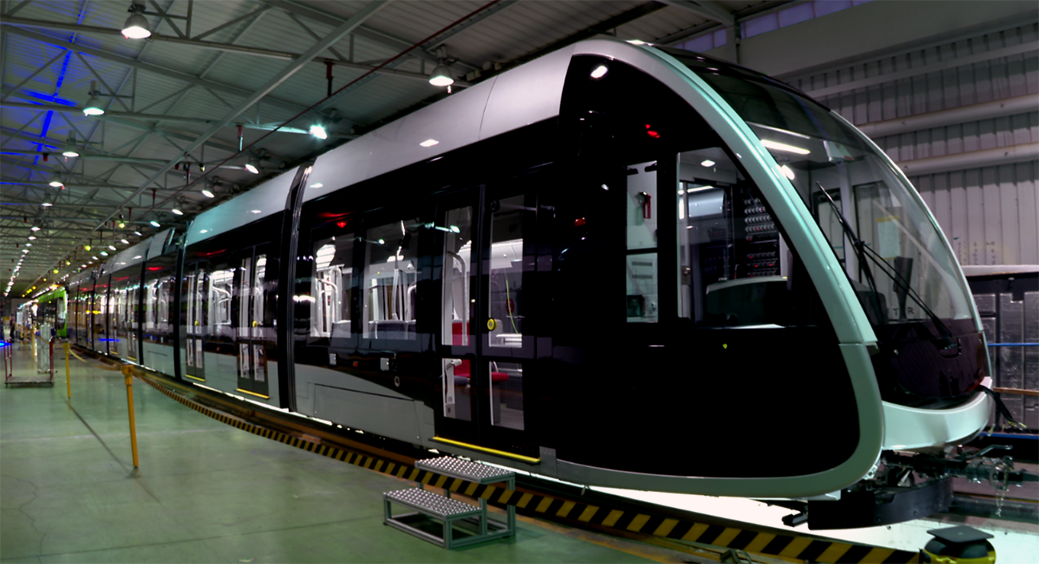 The first CAF Urbos tram for the Belgian city of Liège. TEC

The first of 20 seven-section Urbos trams for the future Liège tramway (Belgium) arrived at the Bressoux depot and control centre on 16 July following a four-day journey from CAF’s manufacturing facility in Bilbao, Spain.

Construction of the EUR430m tramway linking the Sclessin multi-modal station to the south-west of the city to the north-eastern districts began in 2019. The system will consist of three termini, opposite the Standard de Liège football stadium in Sclessin, in the economic zone of Bressoux and in the future eco-district of Coronmeuse. With 23 stops, spaced at 450m intervals, park-and-ride sites at Sclessin and Bressoux will cater for 1436 vehicles.

The Tram’Ardent consortium (Colas, CAF and DIF) signed a Public-Private Partnership to finance, design, build and maintain the tramway in 2018; this 31-year contract includes maintenance of both the trams and infrastructure. Operations will be handled by Wallonia transport authority TEC (Transport En Commun).

The 45.4m low-floor trams will come equipped with onboard batteries to allow wire-free operation on three sections of the line. The first tram is to be stored at Bressoux while it undergoes initial tests ahead of a formal presentation in September. Test runs over the 11.7km (7.3-mile) system are planned to begin in December 2023. An inauguration date of 25 April 2024 has been set.