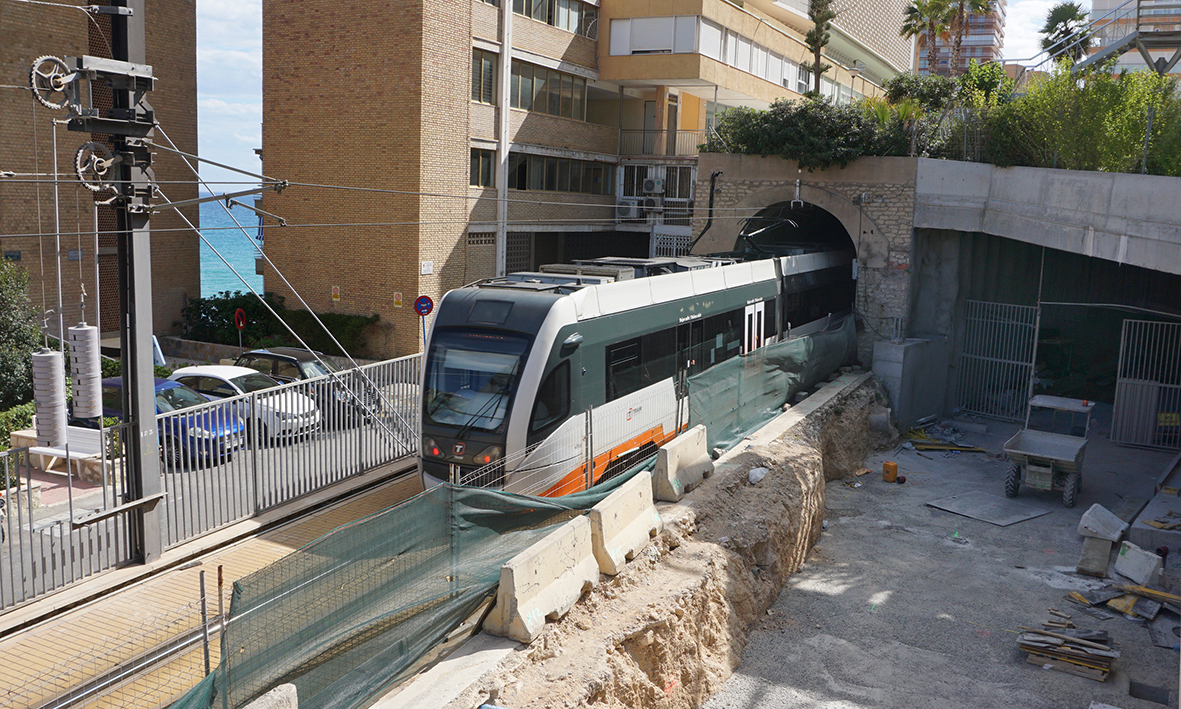 A Vossloh tram-train enters the old tunnel in May 2018. This will soon be closed as the service moves further inland through the new Serra Grossa tunnel, seen to the right, that opened in December 2018. Image courtesy of Neil Pulling

The first track in the 1.48km (0.9-mile) Serra Grossa tunnel on Alicante’s tramway opened to traffic on 18 December, with the other planned to be in service by the start of March. Only then will operator FGV enhance frequencies to reduce journey times and create a more integrated network.

The tunnel replaces the current coastal route that consists of a single track and several short tunnels; it is a key element in improving service to the popular beaches at San Vicente, El Campello and Benidorm and the restructuring of urban bus lines to improve efficiency.

As well as improved connectivity, the new line also opens up new possibilities for the region, releasing valuable coastal space to build the promenade discussed for almost 30 years.

Trams are very popular with commuters and tourists alike with the results of TRAM d’Alacant’s 2018 customer survey showing that more a third (36.7%) of passengers say they prefer to use the tram ahead of other travel options. A further 28.7% choose the tram as they lack access to a private vehicle; 27.8% cite the service’s convenience; 18.2% difficulties in finding car parking and 16.1% appreciate speed of service. The study was carried out between September and October.

Significantly, the study also shows that 27.3% of tramway users use the service despite owning their own vehicle, compared to 72.7% who do not have a private car.