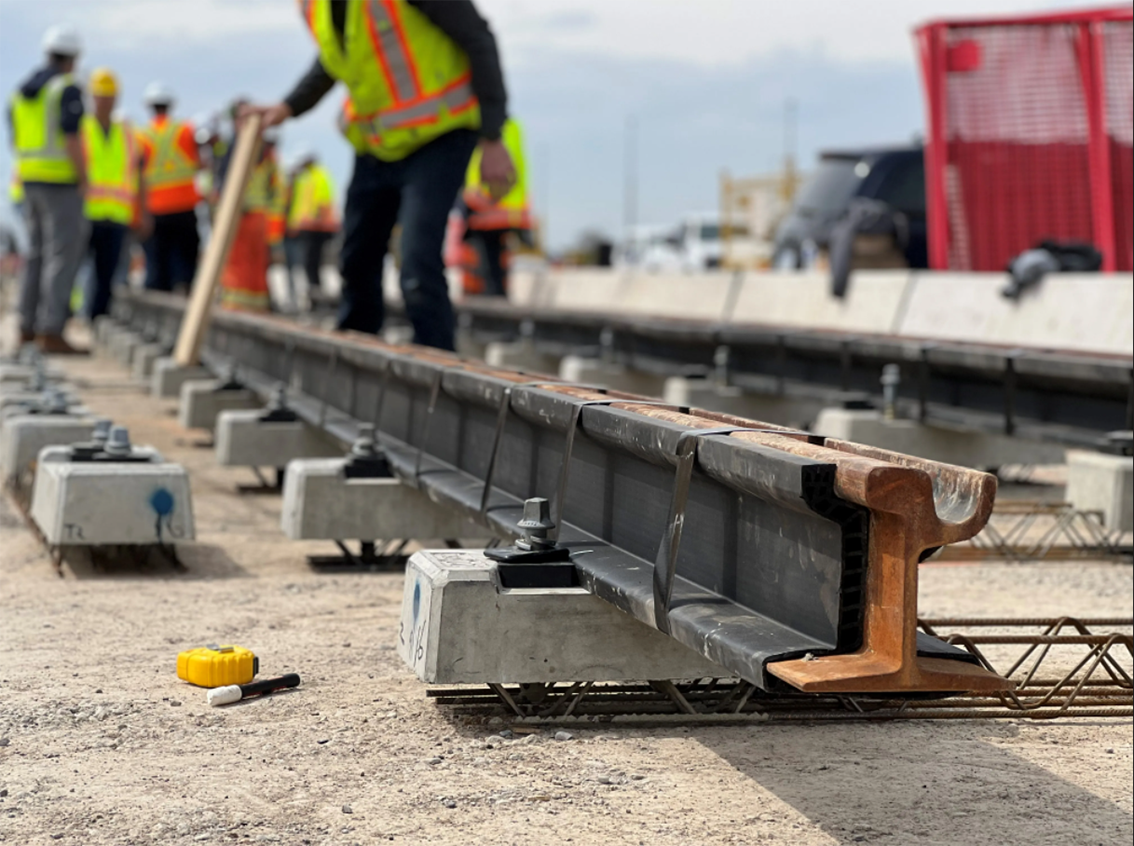 The first tracks for the future Hazel McCallion LRT line were laid on the site of the depot and control centre in Mississauga in late April. Metrolinx

Tracklaying on Canada’s CAD4.6bn (EUR3.4bn) Hazel McCallion light rail line began on 27 April at the operations, maintenance and storage (OMSF) facility just south of Highway 407 on the border of Brampton and Mississauga.

Also known as the Hurontario LRT project, the 18km (11.2-mile) line will run from the Port Credit GO rail station in Mississauga, almost directly north along Hurontario Street, to the Gateway Terminal at Steeles Avenue in Brampton. Other interchanges will be provided to BRT lines in Brampton and Mississauga, and with GO rail services at Cooksville.

The OMSF will be the hub of the new line, and include maintenance and vehicle cleaning facilities for the system’s 42 Alstom Citadis Spirit LRVs. These are similar to units being delivered for Toronto’s Finch West LRT scheme.

Construction of the project is being undertaken by the Mobilinx consortium in a 30-year design, build, finance, operate and maintain contract awarded by Metrolinx and Infrastructure Ontario (IO) in October 2019.

“Rapid, reliable and environmentally-friendly light rail transit is that much closer to being realised from Mississauga to Brampton and all the connections in between,” commented Mobilinx Superintendent Devin McAndrew. “Track installations are starting at OMSF with crews moving out to Hurontario, then north to Steeles, and south to Port Credit and all the way up the line.”

According to figures from Metrolinx, the project will include 55 000 monoblock and twin block ties, 13 000 tonnes of ballast; and more than 47 000m2 of concrete guideway.

Named to commemorate former Mississauga Mayor Hazel McCallion, the project will continue to be referred to as the Hurontario LRT project while under development, finally adopting the formal name upon opening in 2024.