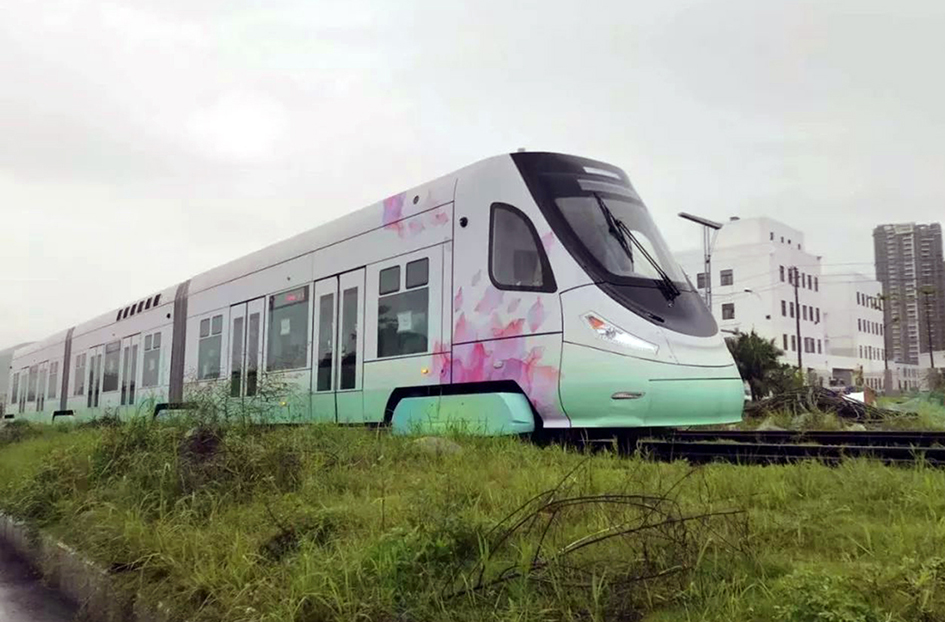 Commissioning of the first 6.5km (four-mile) phase of China’s first fuel cell-powered tramway is underway in the Gaoming district of Foshan, according to local media reports.

Gaoming is one of five districts in Foshan (Guangdong province) and is home to over 300 000 people; the wider city counts over 7.4m inhabitants.

Construction on the first phase began in early 2017 and includes ten stops. A second phase will take the line to 17.4km
(10.8 miles) with 20 stops and could be operational in 2021.

Five low-floor trams from CRRC subsidiary CSR Sifang are being used for the first phase; these will be joined by another five for
phase 2. The three-section trams are powered by FCveloCity fuel cell modules from Canadian-based company Ballard. Each tram has a capacity for 285 passengers and a maximum speed of 70kmh/h (43mph) and can reportedly travel up to 125km (78 miles) between refuelling stops.

During the commissioning phase the project team led by Foshan Metro is running four trams to a ten-minute headway; passenger service is expected in the next two to three months.