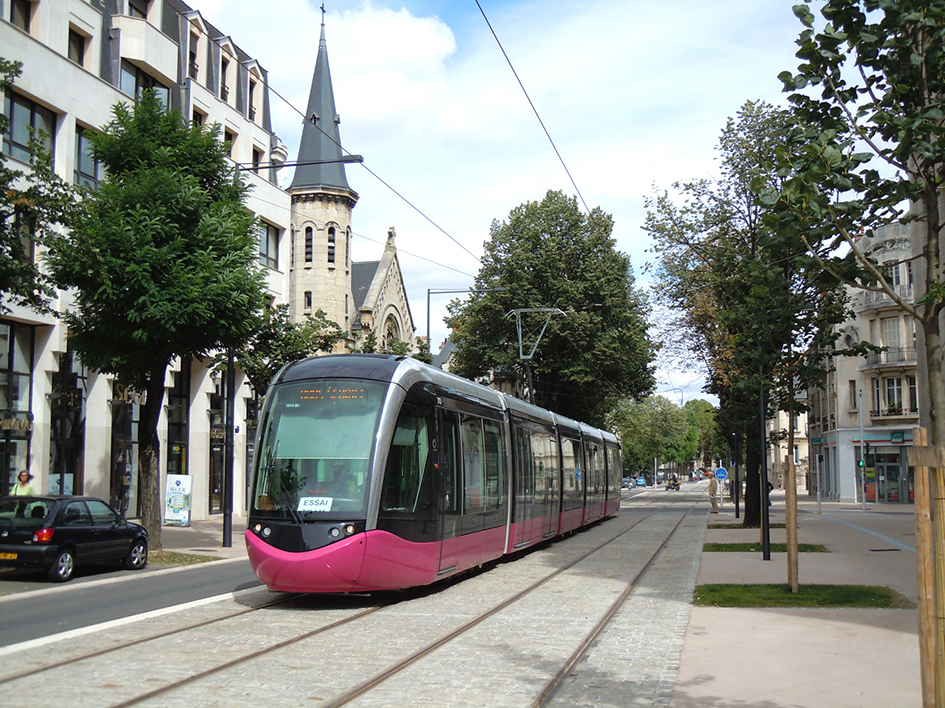 The world’s best tramway? The French city of Dijon came top in the Eurogroup benchmarking exercise. This is Boulevard de Brosses, which, as with most French tramway streets, has been transformed across its whole width to accommodate the arrival of trams. Image courtesy of Y. Allain

On 2 July Eurogroup Consulting published Trams at the Heart of the 21st Century Metropolis – a benchmarking study of 32 tramway networks worldwide. It concluded that French systems led the way when judged against ten performance criteria.

Noting that almost 200 cities have introduced new tramways since the year 2000, the report concluded that trams are an important part of the 21st Century city: they are a common form of accessible, sustainable mobility, in addition to being an aggregator of other ‘micro mobility’ solutions.

The 32 systems studied in the report were divided into three categories: large cities where the tram is the backbone of public transport; cities that used the tram to complement metro systems; and cities using trams to connect outlying municipalities that are 15-20km (9-12 miles) from the centre.

Those networks highlighted were a mixture of modern and historic systems in North America, Europe, the Middle East and Australia. Amongst the large city systems Lyon, Paris, Bordeaux and Strasbourg came top with scores in the range 71-67 out of 100. Manchester was fifth with 66. Four other French systems followed.

For the historic systems, Zürich, Vienna and Brussels were at the top (63/60/56 respectively) followed by Melbourne (56).

The study reported that the arrival or revival of a tramway drives up mass transit ridership, as it attracts new customers who may not traditionally use public transport.

Tramway systems in France enjoy above average levels of patronage, with Paris T3 carrying 280 000 passengers/day, or 3.8m trips per km of tracks. This gives an operating cost recovery ratio of 114% (Dublin recorded 118%, Manchester 105%).