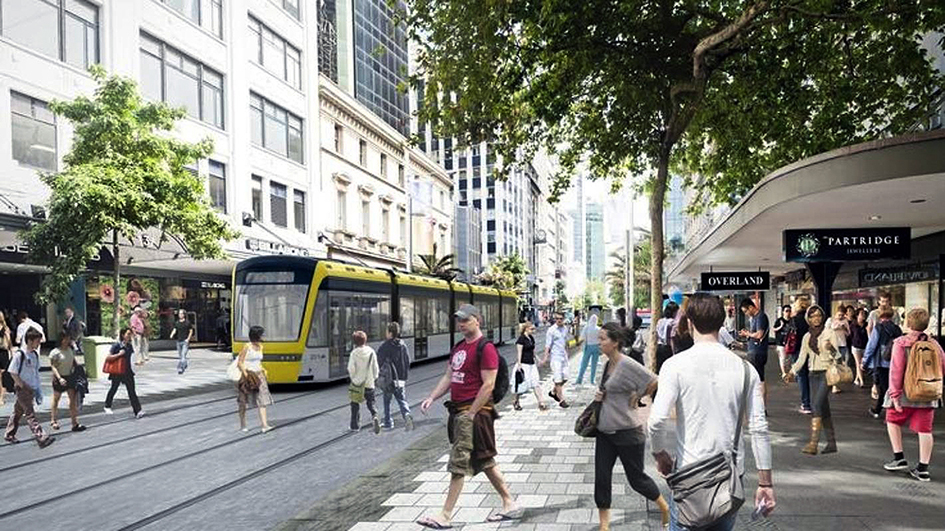 An artist’s impression of what the Auckland LRT could look like in the city’s Queen Street. Image courtesy of Auckland Transport

In a press conference on 31 March, New Zealand Transport Minister Michael Wood announced the formation of a new ‘Establishment Unit’ to restart work on the business case for Auckland’s light rail project.

The multi-agency group has been given six months for stakeholder engagement; assessment of route options between the CBD and Auckland International Airport; exploration of potential costs and financing options; to investigate land value capture opportunities; and to recommend the best delivery entity for the scheme.

Mr Wood said: “There’s wide-ranging support for rapid transit but Aucklanders felt shut out of the project. Today I’m drawing a line under that and involving Aucklanders from the get-go.

“Without decisive investment, Auckland will choke on its own growth. There is a corridor of several hundred thousand people who currently don’t have access to reliable rapid transit through the central part of the city, which has some of the fastest-growing residential and jobs areas. Buses alone on this corridor won’t cope for much longer.

“Our vision for Auckland is to create a vibrant connected city that’s easier, cleaner and safer to get around – light rail will help make that happen. The city centre to Māngere line will be a backbone that eventually
will link with the north and north-west, forming a rapid transit network that fully integrates with other forms of transport across the city.”