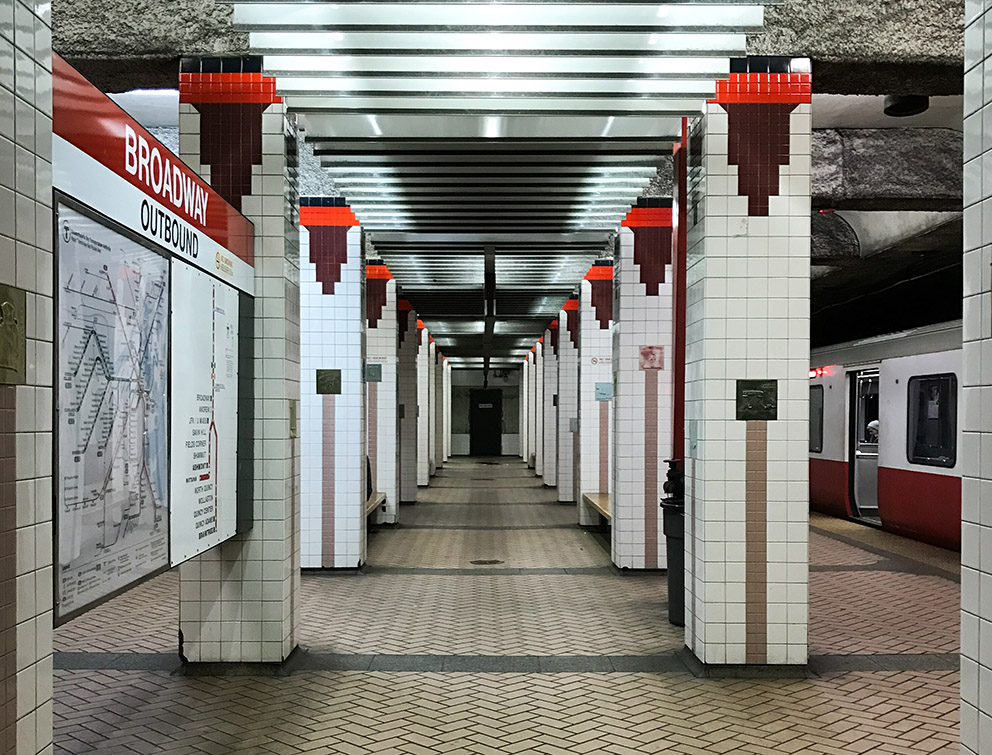 Broadway station on the T's Red line. Massmat / CC BY 2.0

The US Federal Transit Administration (FTA) is reviewing the safety practices of the Massachusetts Bay Transportation Authority (MBTA) after a report found that the death of a passenger on a Red line train last month was caused by a faulty safety mechanism.

The incident at Broadway station on 10 April saw a Red line train continue to move even though the arm of a 39-year-old man became trapped in the door as he exited the train. He was dragged more than 30m along the platform and fell onto the track below.

A preliminary investigation by the National Transportation Safety Board found the car had a malfunctioning safety feature that should have prevented the train from moving if the door was obstructed.

The MBTA subsequently tested other trains in its fleet and found no similar malfunctioning equipment.

In a letter to the MBTA, the FTA said it is “extremely concerned with the ongoing safety issues” and will take on an “increased safety oversight role” of the transit system, the Boston Globe reported.

In reply, a statement from the MBTA said that the agency has “almost doubled the size of its Safety Department in the past three years, broadening the scope of its activities and training thousands of employees to help foster a culture in which safety is prioritised and integrated into the MBTA’s core mission of delivering safe and dependable services.

“Unwavering in its commitment to its riders and employees, the MBTA has strong, well-funded plans for delivering safe, accessible, and reliable services for decades to come.”

Officials from the FTA and MBTA held a meeting in April to initiate the process and on-site inspections have now begun.

The Red line fatality in April is one of a number of serious accidents on MBTA services in recent times. On 31 July 2021, a collision on the B branch of the Green line saw 24 passengers and three staff injured. On 21 January this year, a woman was killed when her car was hit by a commuter rail train in Wilmington when the crossing gates and flashing lights didn’t activate in time.

General Manager Steve Poftak said: “Having subject matter experts come in and take a look at the system, if they identify gaps, we will solve those gaps. We will mitigate these problems”.