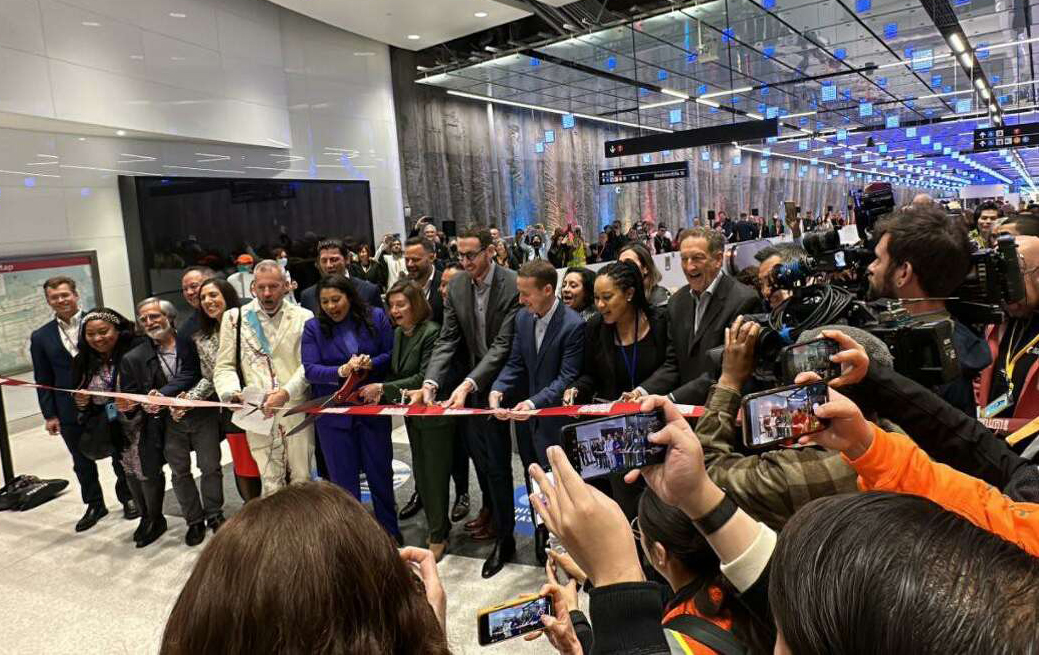 Speaker Emeritus Nancy Pelosi in the centre of the ribbon-cutting ceremony of San Francisco's Central Subway on 7 January. SFMTA/Muni 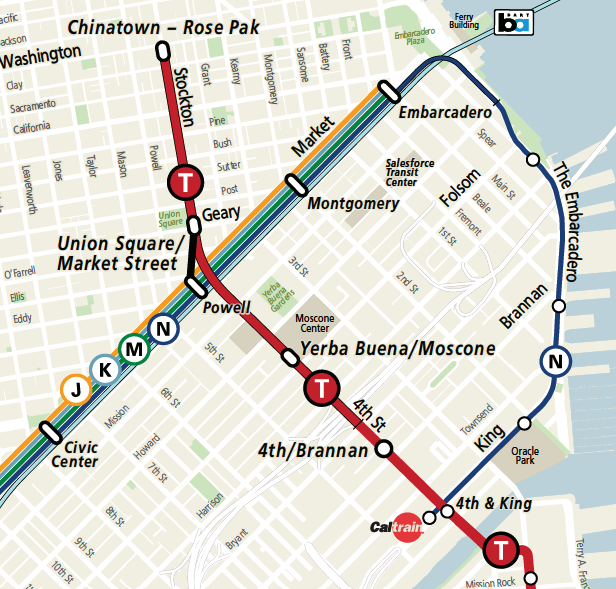 A map of the full T Third Street line, including the new Central Subway. SFMTA/Muni

With four new Muni stops, line T from Sunnydale is now diverted to terminate at Chinatown-Rose Pak and a ten-minute service is provided 06.00-24.00 on Monday-Friday (12 minutes at weekends). There is a connection with surface line N at Caltrain/4th& King. Line K terminates in the Market Street subway at Embarcadero.

Planning for the Central Subway began in the late 1980s as part of a project to provide greater capacity on 3rd Street and improve access to the city’s Chinatown district; after six years of construction, the first T Third Street light rail service opened on 3rd Street in 2007.

Utility relocation on the underground section began in 2010 ahead of major tunnelling works in April 2012. The project has cost an estimated USD1.93bn, around 20% above the original estimate, with finance provided by the Federal Transit Administration, the State of California, the Metropolitan Transportation Commission, the San Francisco County Transportation Authority and the City and County of San Francisco.