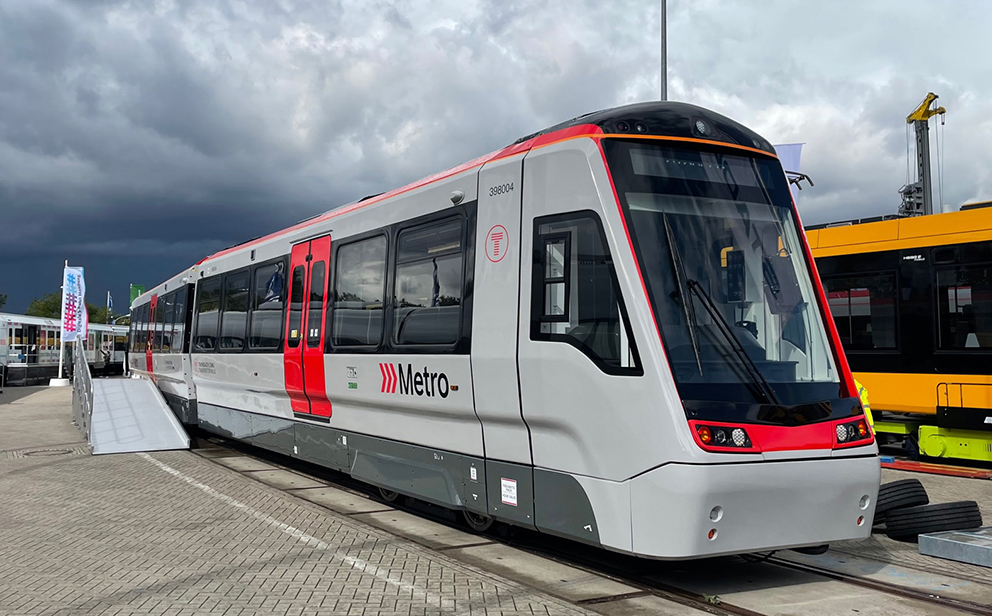 One of the Stadler Class 398 tram-trains which will operate on the Core Valley Lines from 2024, including to Cardiff Bay, was displayed at the 2022 InnoTrans exhibition in Berlin. The first of 36 units arrived in the UK in May 2022. TAUT

Cardiff Council is to receive GBP50m (EUR57m) towards the development of Phase 1 of its ‘Cardiff Crossrail’ programme in the latest round of awards from the UK Government’s Levelling Up Fund, announced on 19 January.

The full scheme, estimated to cost in excess of GBP1bn (EUR1.15bn), would see the creation of a 22km (14-mile) light rail service connecting developing suburbs to the east and west of the Welsh capital with Cardiff Central station.

Work is already underway on conversion of the 1km (0.6-mile) Cardiff Bay branch line for future light rail operation. It will soon be double-tracked and reclassified as “non-mainline” for operation on tramway line-of-sight principles from spring 2024 and includes a new intermediate station at Butetown and a second platform face at the existing terminus. This will be aligned for a future extension or on-street running towards the waterfront.

These works are part of the Core Valley Lines (CVL) which were transferred from state infrastructure manager Network Rail to the Welsh Government in March 2020. The CVL will continue to be available for freight trains except for the branch from Queen Street to Cardiff Bay.

The Levelling Up Fund was first announced as part of the UK Government’s 2020 Spending Review and is worth GBP4.8bn (EUR5.5bn) over four years. A first round in autumn 2021 saw GBP1.7bn (EUR1.94bn) distributed across 105 projects; the latest announcement leaves GBP1bn (EUR1.15bn) left in the fund. Successful bidders have until 31 March 2025 to spend their allocations, or by 2025-26 on an exceptional basis. 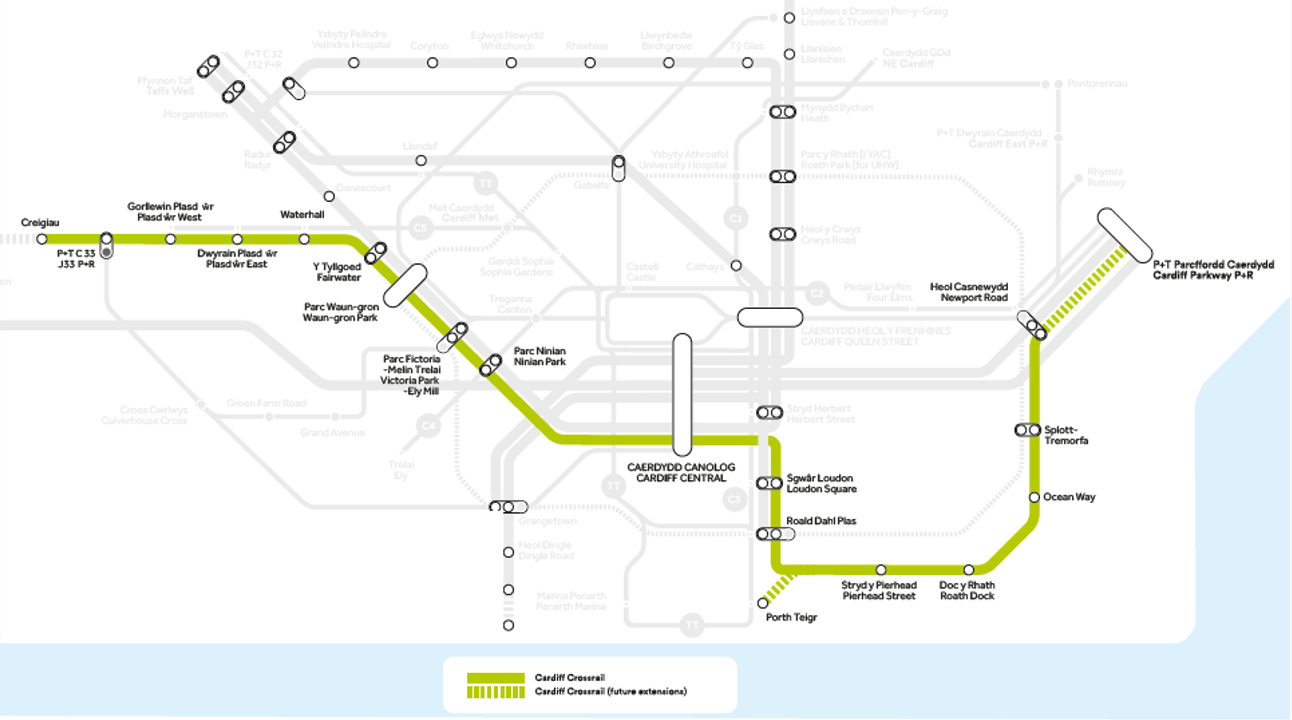 Transport for Wales (TfW) is also exploring options for a north-eastern tram-train extension from Cardiff Bay to Newport Road as part of Cardiff Crossrail. Four route options are being considered, passing either north of south of Roath Dock and incorporating sections of the Cardiff Bay branch and freight lines as well as new alignments. A fifth option features the development of alternative bus priority measures.