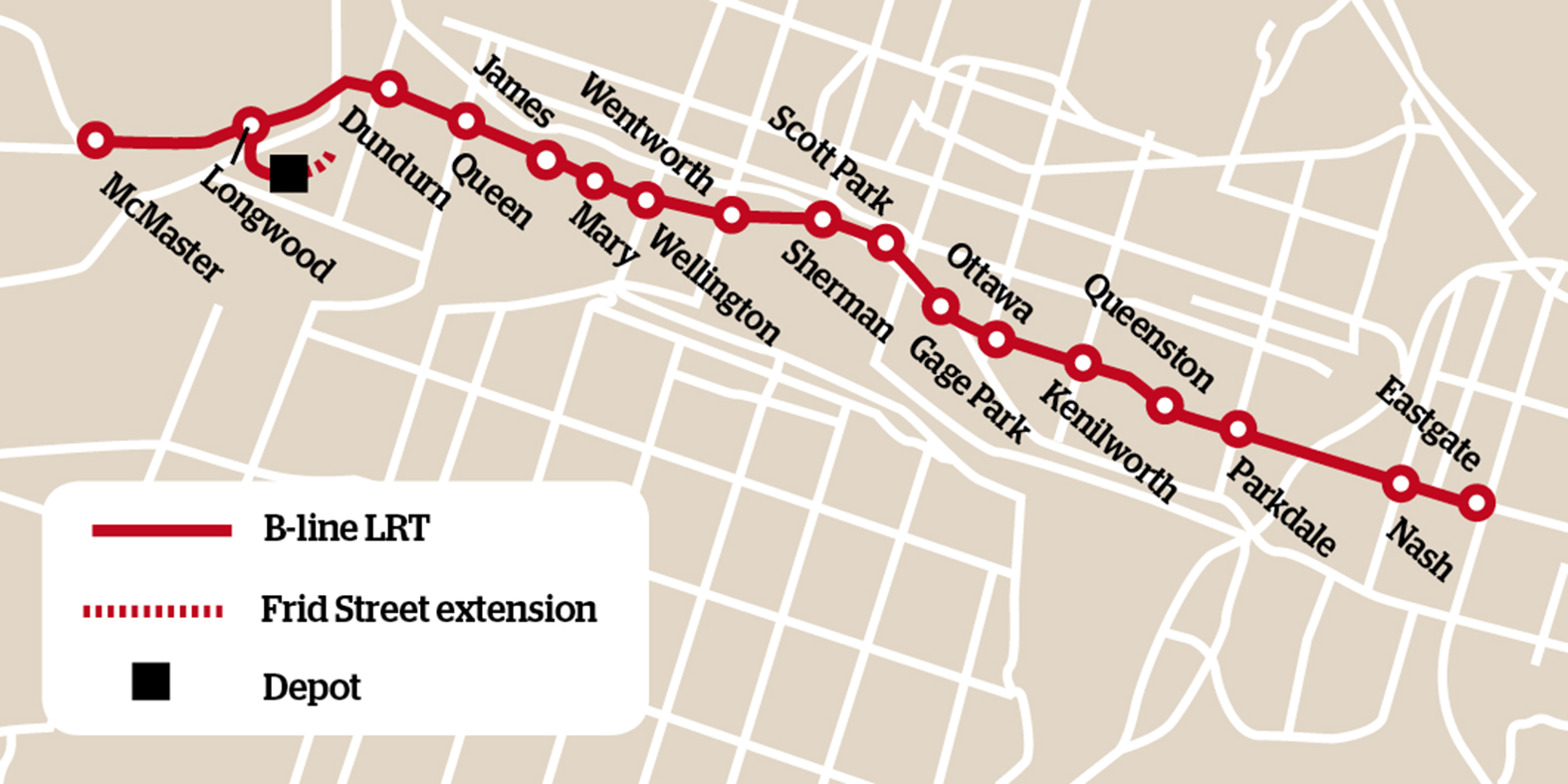 The light rail project for Hamilton (Canada) was cancelled in a shock announcement on 16 December, just months after Ontario Premier Doug Ford confirmed that the scheme was included in the Province’s budget. Transportation Minister Caroline Mulroney made the announcement in a statement, citing cost overruns and inaccurate project estimates.

The cancellation was met with surprise as bids from three shortlisted consortia – CityLine Transit Group, Ei8ht Transit and Mobilinx – to design, build, finance, operate and maintain the 14km (8.7-mile) line were expected in the Spring.

Hamilton Mayor Fred Eisenberger called the decision a “betrayal by the Province”, adding: “This will not only hurt Hamilton’s economy, but Ontario’s economy. The message to the world is that Ontario is an unreliable partner. Ontario is not a place where you can do business because of the Ford government. Their timing on this is just outrageous. If they were going to do this, they could have picked a better way.”

Ms Mulroney’s statement emphasised that the previous Liberal administration’s
CAD1bn (EUR690 000) estimate did not reflect the project’s actual cost and that an independent review commissioned by the Province showed that the proposed line would in fact cost CAD5.5bn (EUR3.8bn). Her statement went on to claim that the previous provincial administration had failed to include a CAD1bn provision for long-term operating and maintenance costs.

Former Liberal Transportation Minister Steven Del Duca responded in a statement saying that Ford had “been searching for a way to kill the Hamilton LRT.”

Ms Mulroney added that the Province is to pledge CAD1bn to develop public transport services in Hamilton for projects “that can be delivered quickly and in a fiscally responsible manner.” Plans for these schemes are due to be reported in February and may still include elements of light rail.

The LRT project, known as the Hamilton Street Railway in a reference to the street tramway that ran in the city over half a century ago, was planned to connect Eastgate Square shopping mall and downtown Hamilton with McMaster University. The City of Hamilton and Metrolinx have already spent a reported CAD80-100m
(EUR55-69m) to acquire properties, with CAD165m (EUR114m) spent on the project in total.

Both City of Hamilton officials and local business leaders have been highly critical of the cancellation decision.

“It’s going to have a huge impact on the investment climate here,” said Keanin Loomis, President and CEO of Hamilton Chamber of Commerce in response to the news. “The developers will tell you, time after time, that it’s because of the LRT project and they paused when the new government came in because everyone was wondering ‘will they continue to go forward with this?’ They said they would, so the projects went forward.”

An estimated 5000 workers from the Laborers’ International Union of North America (LiUNA) were expecting to work on the line, according to spokesperson Victoria Mancinelli, who described the cancellation as a “slap in the face”.

LiUNA was also critical of the figures, claiming the Province’s estimate factored-in elements not included in other LRT projects such as the new lines planned for Mississauga and Brampton, adding that the Province should have waited until the RFP closed in early 2020. The union has launched its own audit of the Province’s figures to challenge estimates that include capital costs of CAD2.8bn (EUR1.93bn) and operating and maintenance costs that over 30 years add up to the claimed total of CAD5.55bn.

Ontario’s Auditor General Bonnie Lysyk has confirmed that she will include a full appraisal of how reasonable the Province’s cost estimates for the Hamilton LRT project are as part of an upcoming ‘value for money’ audit of Metrolinx. Observers suggest this may be a blow to Metrolinx’s other light rail ambitions.

Ms Lysyk confirmed the audit in response to questions from local politicians as to why the stated cost-per-kilometre figures for the Hamilton scheme are significantly higher than the Hurontario and Finch West  lines.