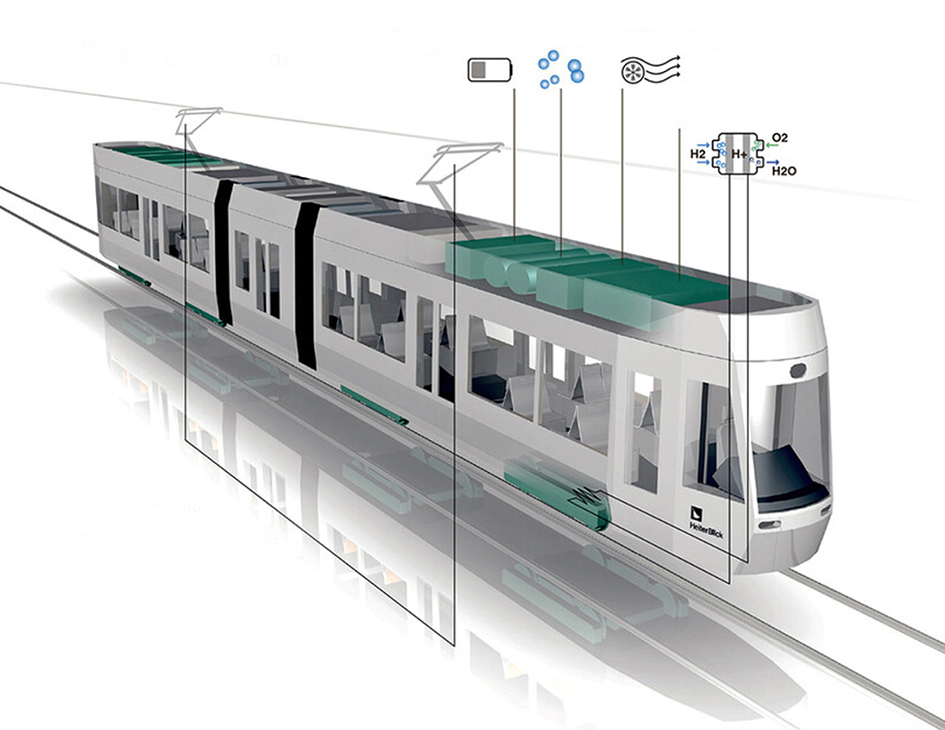 A representation of the power system for a potential fuel cell tram. Image courtesy of HeiterBlick

Leipzig-based manufacturer HeiterBlick has set up a team with Hörmann Vehicle Engineering in Chemnitz and Flexiva Automation & Robotik to develop a prototype for what is described as Europe’s first fuel cell tram.

The concept envisages mounting a hydrogen tank, fuel cell and battery on the roof of a 30m tram by 2025. The project is underwritten by the Federal Ministry for Research up to EUR2.1m, although the total cost is estimated at EUR5m.

One of Germany’s smaller tram builders (87 employees, with an additional 40 planned), HeiterBlick was founded in Leipzig in 2003 following privatisation of the city’s tram workshops and the construction of the 55-strong Leoliner series for LVB.

Based on the KIROW site in Leipzig-Neulindenau (KIROW has a 51% interest in the company),
it is known today for its high-floor Stadtbahn cars for Hannover and Bielefeld and is developing a new low-floor car for Würzburg.