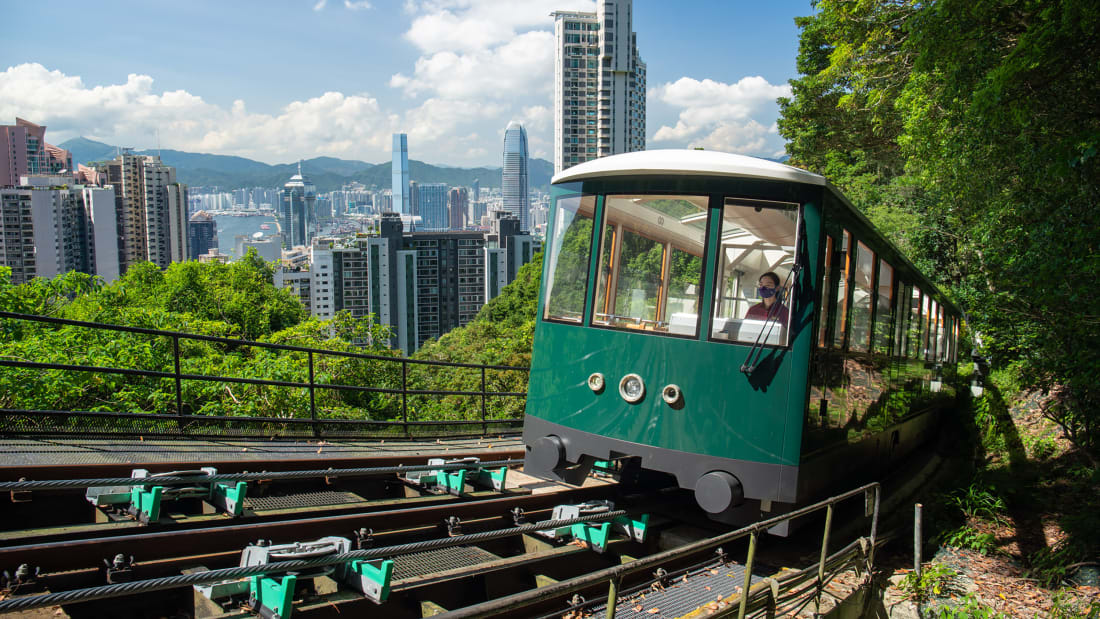 The 1520mm-gauge line, which ascends 396m and dates from 1888, has been comprehensively modernised to offer wheelchair accessibility, with new trams, signalling systems and cables provided by three Swiss companies. Each sixth-generation tram can carry 210 passengers compared with 120 on the old stock, which was in use for 32 years.

The Central terminus at Garden Road has been rebuilt to provide an air-conditioned waiting area for up to 1300 passengers, with digital passenger information screens describing the flora and fauna found at the Peak.

The Peak Tram carried around six million passengers per year pre-pandemic, but this has now fallen to around one million per year.

In August, Hong Kong still required international visitors to quarantine for three nights (plus four days of medical surveillance), which is restricting tourist numbers; 134 000 people visited the city in 2021, compared with 65m in 2018.