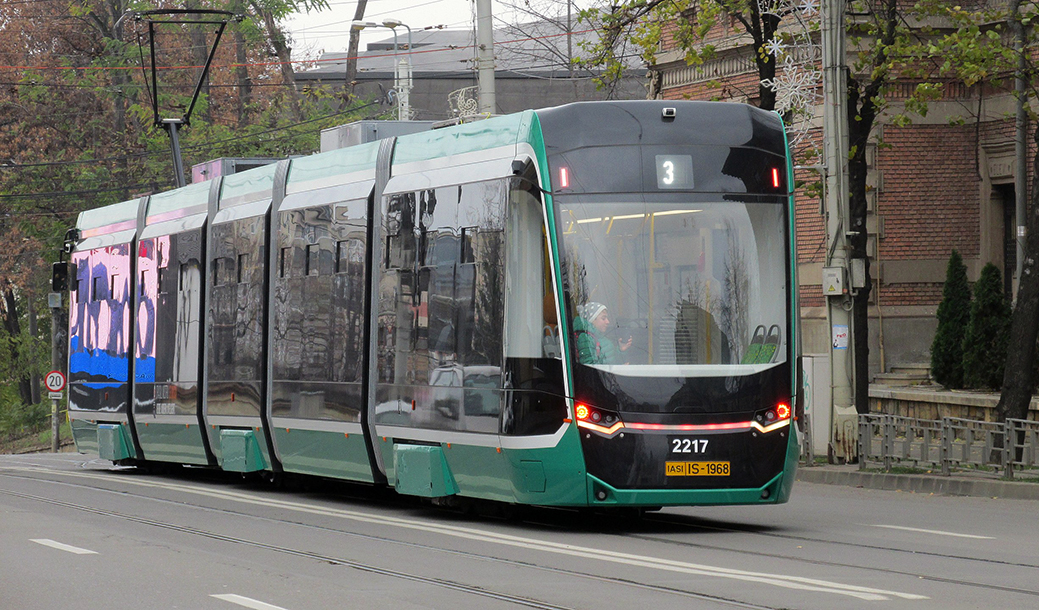 The Romanian city of Iaşi has signed a financing agreement worth approximately RON211m (EUR43m) with the country’s Ministry of Development, Public Works and Administration to cover the purchase of 18 new 22m trams under the European Commission-supported National Recovery and Resilience Plan.

Compania de Transport Public (CTP) Iaşi is already replacing its tram fleet in co-ordination with a programme of infrastructure renewals. In early January it received its 13th Bozankaya low-floor car, with three still to come under a RON167.7m (EU34m) order placed with the Turkish manufacturer in November 2019. Each 30m five-section tram has capacity for up to 250 passengers; the first was received in September 2021 and entered service in June 2022.

CTP has also recently received 16 Swing 122Naj low-floor trams from Polish manufacturer Pesa. These 30m five-section cars were part of a RON138m (EUR28m) contract signed in June 2020, with deliveries completed, ahead of schedule, in December 2021.

At the same time as the funding agreement for new trams, the city’s mayor signed a further package for 25 new 10m electric buses and 33 new charging stations (25 of which will be fast-charge systems). This procurement  is valued at just over RON71m (EUR14.4m).

In related news, in December CTP announced the scrapping of a number of its second-hand ST10/11 (ex-Darmstadt), GT4-M (ex-Stuttgart) and Be8/8 (ex-Bern) cars, the oldest of which has been running in the city since 1998. Despite some modernisation during their time in Iaşi, these vehicles are now life-expired and spare parts are becoming increasingly hard to come by.