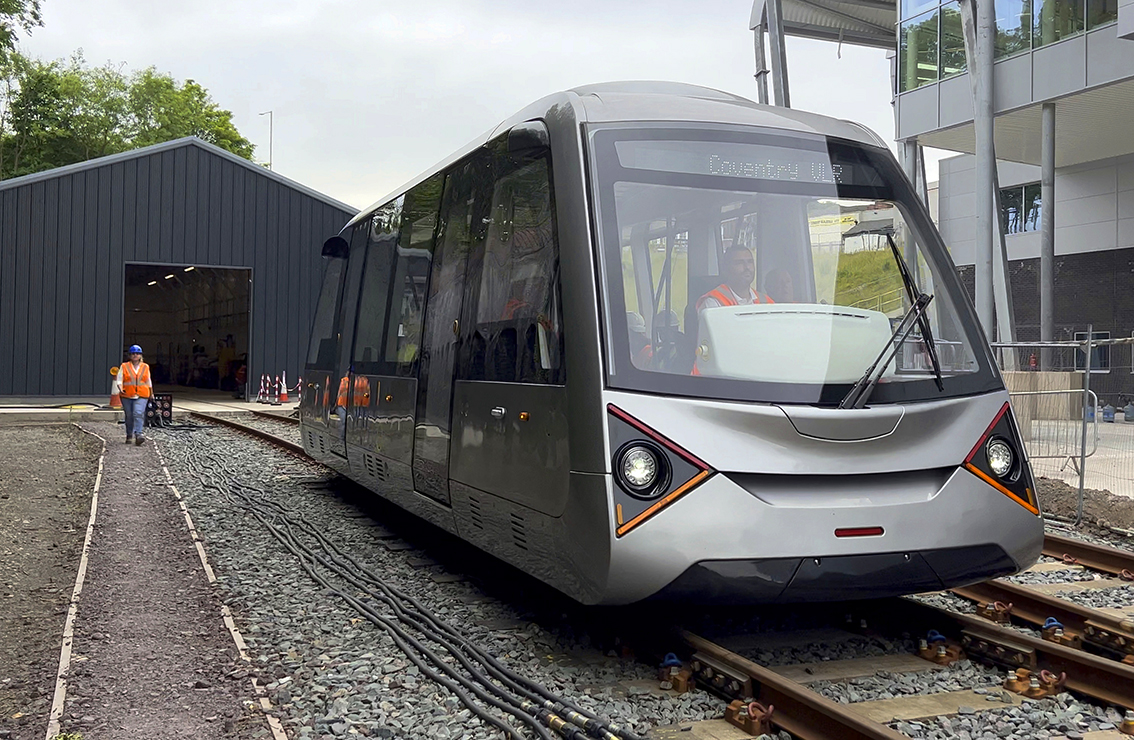 The board of the UK’s West Midlands Combined Authority (WMCA) approved the first tranche of an expected GBP72m (EUR81m) investment into Very Light Rail (VLR) technology on 13 December, paving the way for the creation of an initial route in Coventry and providing further funding for the Very Light Rail National Innovation Centre (VLRNIC) in Dudley.

The GBP36.8m (EUR41.5m) package will now go to the UK’s Department for Transport for final approval. Once confirmed, Coventry City Council can progress  plans for a 1.6km (one-mile) double-track route between the recently-revamped railway station and Pool Meadow Bus Station. The funding will also be used to further the council’s ambitions for a wider VLR network.

Coventry’s Urban VLR project will demonstrate the capability of a new design of lightweight, battery-powered electric railcar which can carry up to 56 passengers, 20 seated, and negotiate curve radii of 15m. A prototype of the 11m twin-bogie vehicle, developed by researchers from Warwick Manufacturing Group (WMG) at the University of Warwick and Transport Design International, is currently on test at the VLRNIC. This facility will also benefit from the latest funding announcement, enabling the purchase of additional equipment so it can become fully operational.

In parallel with the vehicle programme, WMG researchers have created an innovative new low-excavation trackform which it is expected will speed up the delivery, and reduce the cost, of new light rail schemes. With French engineering partner Ingerop and its UK-based subsidiary Rendel, a fibre-reinforced 100mm-thick slab has been produced that requires an excavation depth of just 300mm, minimising the need to relocate under-street utilities apparatus. This is currently on test within a ‘dummy road’ at the University of Warwick.

Andy Street, Mayor of the West Midlands and WMCA Chair, said: “VLR technology has the potential to deliver tram systems at pace and at much lower cost – giving more people access to a modern rapid transit system as well as cleaner air and less congestion along with it.”

Cllr Jim O’Boyle, Cabinet Member for Jobs, Regeneration and Climate Change, said: “This is a milestone investment in Coventry Very Light Rail, a project set to transform the way people in our city – and others throughout the UK and even the world – get around. By creating a new, clean and green form of transport, this investment is securing jobs in Coventry and, as in other cities which have installed light rail, will support regeneration in local areas.”

> A detailed article on the Coventry VLR programme and its technology appeared in TAUT 1016 (August 2022). Get your copy here.