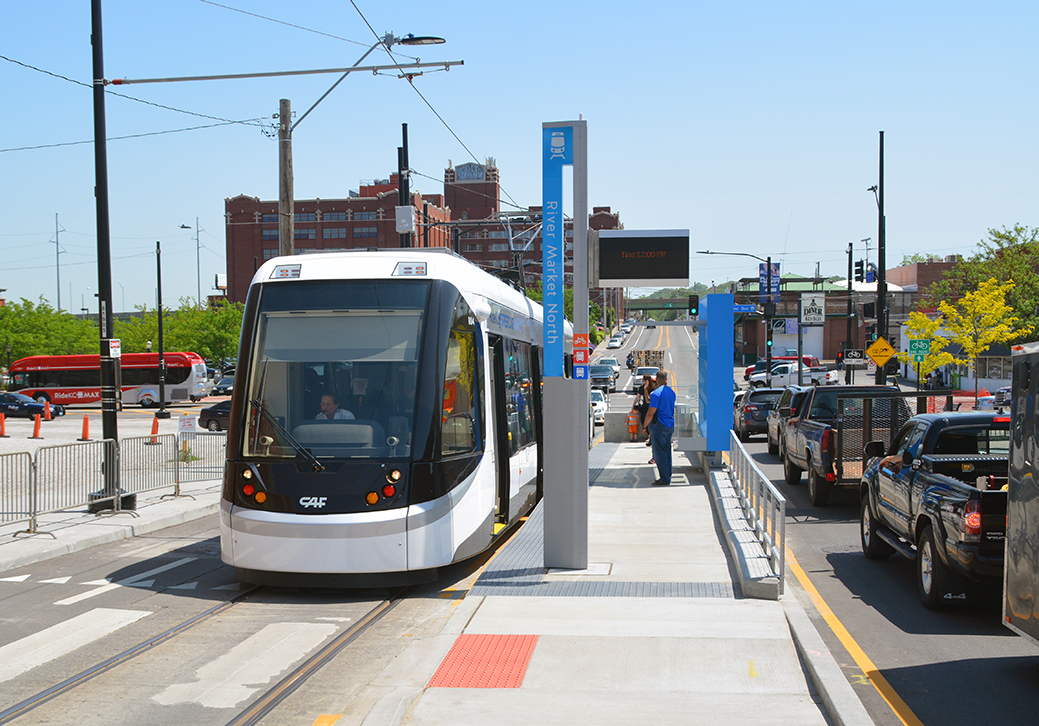 The KC Streetcar has been a huge success since opening in 2016; an extension to double the starter line's length is planned to open in 2025. H. Retallick

In the wake of rising US fuel prices, the KC Streetcar (Kansas City, MO) has reported that patronage is almost back to pre-pandemic levels, with a major uplift recorded since March. In a similar trend, the Kansas City Area Transportation Authority (KCATA) is also registering a 74% increase in weekday bus passengers with a 15% boost in journeys in May compared to same period in 2021.

Both streetcar and bus services are free to ride and a surge in summer activities in the city’s downtown has seen particularly busy periods at the weekends. Four of the system’s six CAF Urbos trams now operate on Fridays and Saturdays – normally this is three – with an average of 10 000 trips on Saturdays.

The KC Streetcar opened in May 2016, covering 3.5km (2.2 miles) along Main Street from the River Market to Union Station/Crown Center and a loop around the City Market. Carrying almost ten million riders in six years, since construction was approved in 2012 around USD4bn in development has been seen along the route.

On 6 April work began on a 5.6km (3.5-mile) extension which will connect the current southern terminus at Union Station to the University of Missouri – Kansas City (UMKC). This USD351m project is being overseen by a joint partnership of the city, the KC Streetcar Authority and the Kansas City Area Transportation Authority and is expected to open in 2025.

A further six CAF Urbos trams were ordered in 2021; this order was extended to eight earlier this year.