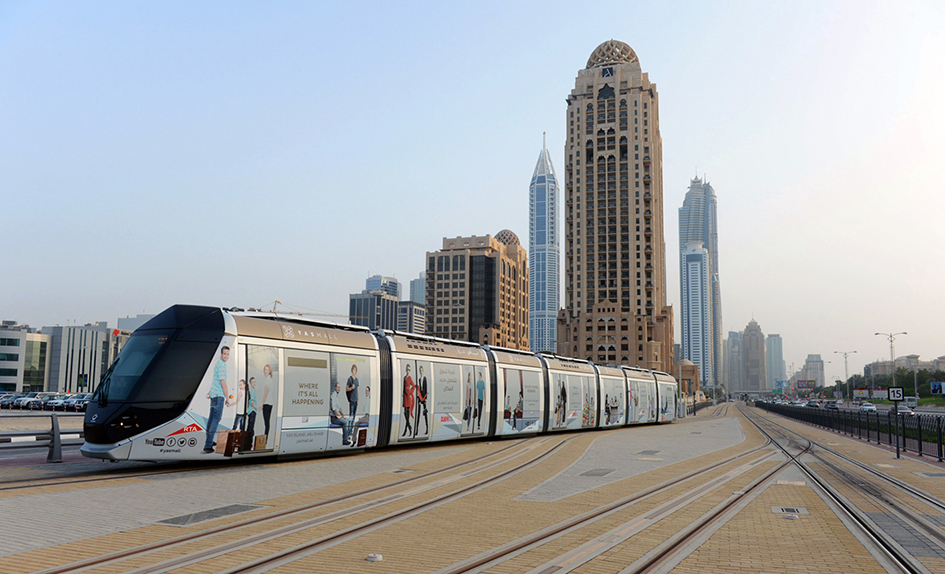 On 20 March the Dubai Roads & Transport Authority (RTA) announced that the contract to operate the city’s metro and tramway had been awarded to a joint venture of Keolis and Mitsubishi. Keolis holds a 70% interest, with Mitsubishi Heavy Industries Engineering 25% and Mitsubishi Corporation the remaining 5%.

In a deal worth AED542m (EUR121m) annually, Keolis will undertake operations and maintenance of the automated metro and fare systems as well as the operation of the tramway; MHI and MC will primarily support maintenance of the metro systems, as the original supplier and system integrator of the Red and Green metro lines.

The Dubai Metro opened in September 1999 and in its first ten years carried over 1.5bn passengers, expanding to 79km (49 miles) with a punctuality rate of 99.7%. The two lines are operated by 129 driverless trains, with 79 delivered by Mitsubishi and 50 by Alstom. The first phase of the emirate’s tramway (10.6km/6.6 miles from Al Sufouh to Jumeirah Beach) opened in November 2014 and employs 11 Alstom Citadis 402 low-floor trams equipped with APS surface contact electricity supply. A 4km (2.5-mile) Phase 2 to the Mall of the Emirates, requiring 14 more trams, has been long planned, but has been delayed by the coronavirus pandemic.

In a virtual press conference on 9 March, Keolis delivered its 2020 annual results. The company recorded revenues of EUR6.1bn, down 7.5% in a year when transport operators have been badly affected by the
global coronavirus pandemic – the net impact being a EUR189m loss. Through cost efficiencies, the company has preserved the integrity of its balance sheet, maintaining debts of EUR1.034bn, slightly lower than in 2019.

Extensions to its rail concessions were achieved in Boston, Washington, DC, and in London (Docklands Light Railway).