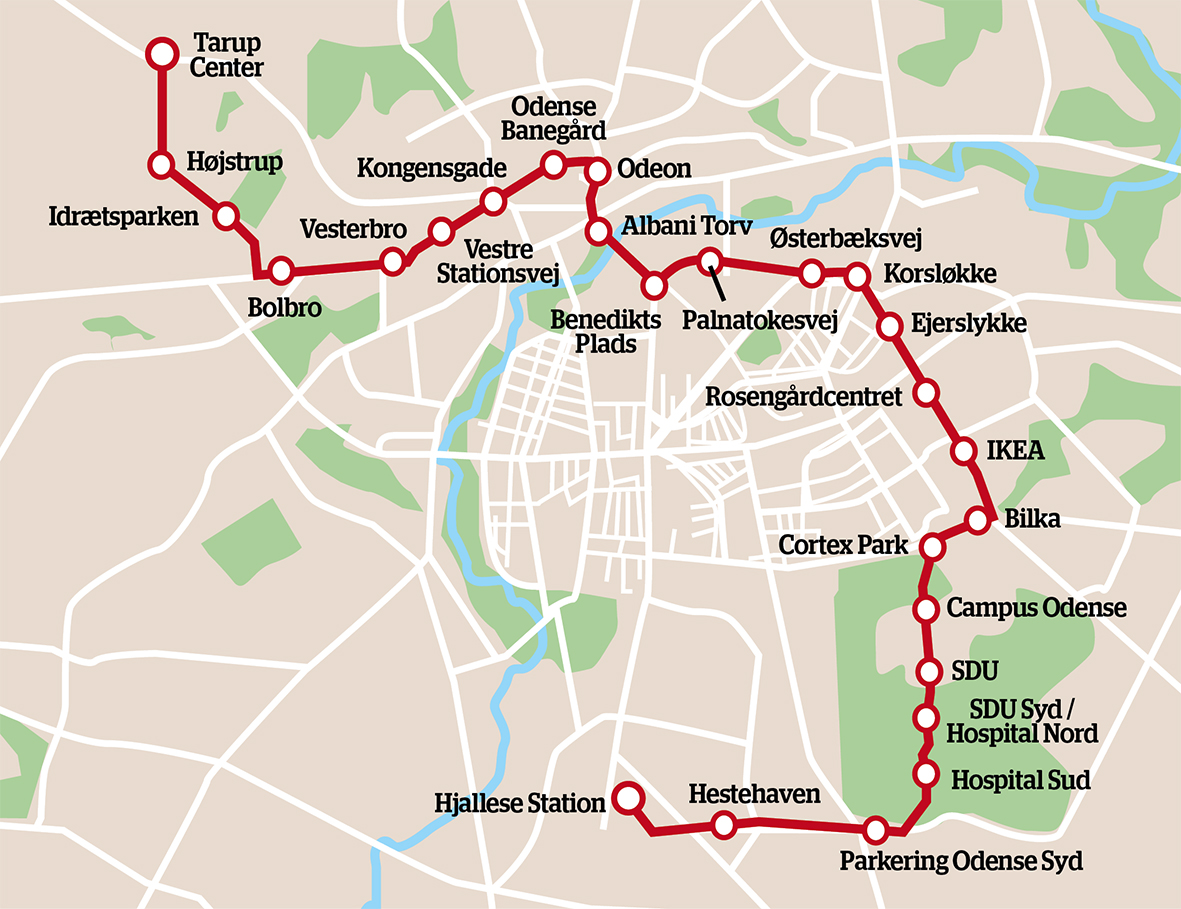 On 29 November, Keolis was selected by Odense Letbane as the preferred bidder to operate and maintain the new light rail network in the city of Odense, due to open in late 2020.

The initial 26-stop line will run for 14.5km (nine miles) from Tarup Center in the north-west to Hjallese Station in the south via the city centre, serving the central station, the campus of the University of Southern Denmark and its large university hospital. An end-to-end journey will take 42 minutes, with 7.5-minute headways at peak times, reduced to every 15 minutes at other times and weekends. Operating 05.00-01.00, fares will be integrated with the city’s bus services.

The 15-year operations and maintenance contract will generate a cumulative revenue of approximately EUR230m.

Keolis already runs Denmark’s first light rail network in Aarhus, which opened in 2018. Track construction in Odense began in 2018, while a EUR45m order for 16 Variobahn low-floor trams of a similar specification to those used in Aarhus was placed with Stadler in 2016; the first is to be delivered in 2019. Spanish contractor Comsa is responsible for infrastructure as well as the Control and Maintenance Centre, located next to a major park-and-ride site for around 600 vehicles that offers easy access to the E20 motorway.

Odense is Denmark’s third-largest city, with a population of 200 000, and had a first-generation tramway that opened on 11 October 1911 and closed in June 1952. Three of the system’s standard-gauge trams have survived, with car 12 on display at Skjoldenæsholm Sporvej Museum.

Commenting on the contract, Bernard Tabary, International CEO Keolis, said: “Our global expertise in developing networks from ‘greenfield’ sites proved relevant and important in this bid. We now look forward to our collaboration with Odense Letbane and to bringing our international experience and expertise in support of this exciting project over the coming years.”