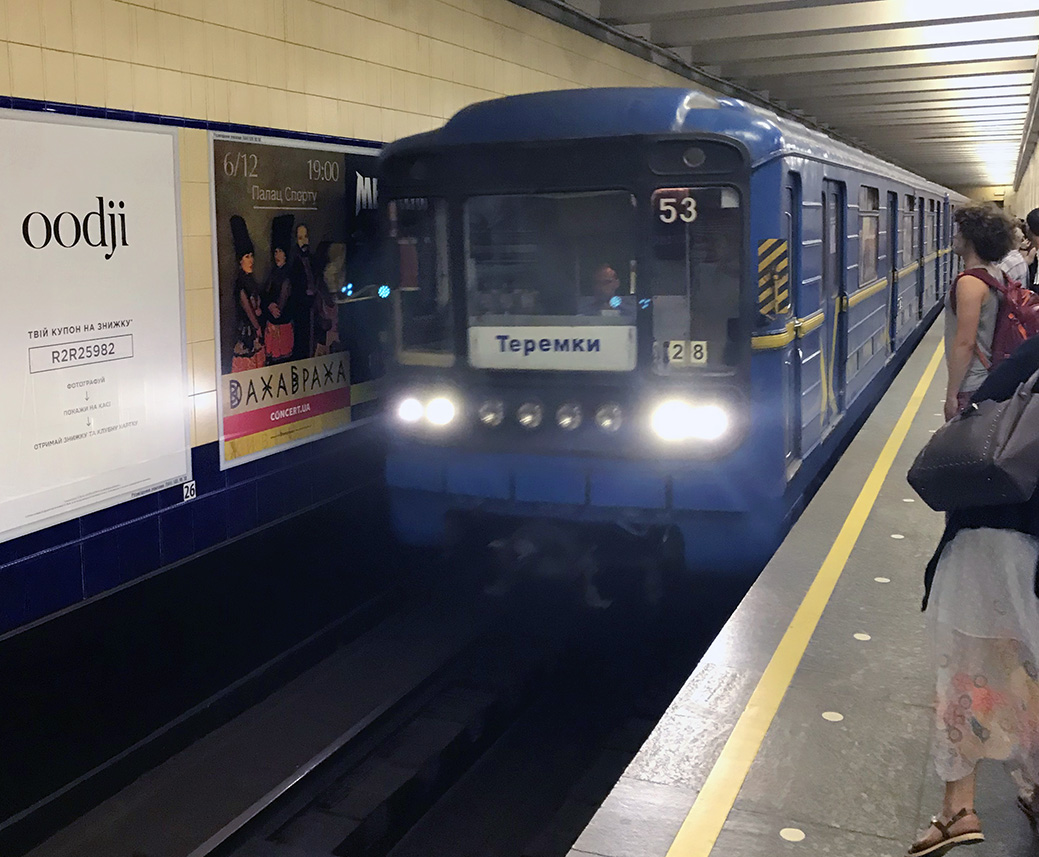 The head of Kyiv metro has appealed for western help to help modernise the system. TAUT

An appeal for help from Western European operators was made by the head of the Kyiv Metro, Viktor Braginskyi, at UITP’s IT-Trans conference in Karlsruhe, Germany, on 10 May.

Presenting via a translator, Mr Braginskyipraised the support of UITP members to date, but issued pleas for further assistance as the metro seeks modernise its technology and operating practices and reduce its reliance on Russia. “The main task we’re facing is changing the equipment according to European standards, 80% of our equipment is Russian and we need to switch to European,” he said. “We need partners to deliver spare parts to substitute the Russian components and our expertise. It would be a pleasure to get to know you and to set up a collaboration.”

Kyiv was the third city in the former Soviet Union to open a metro. In common with other systems, the 34km (21-mile) three-line network was designed to help with emergency management. Mr Braginskyi elaborated on this ‘dual role’ and its importance since the Russian invasion of Ukraine began on 24 February. “They come to the metro, not to be transported, but to save their lives,” he said.

Arsenalna station is one of the deepest in the world, at 105m below the surface, and like others on the network was equipped from the outset with defensive equipment to enable it to be used as a civil defence shelter. 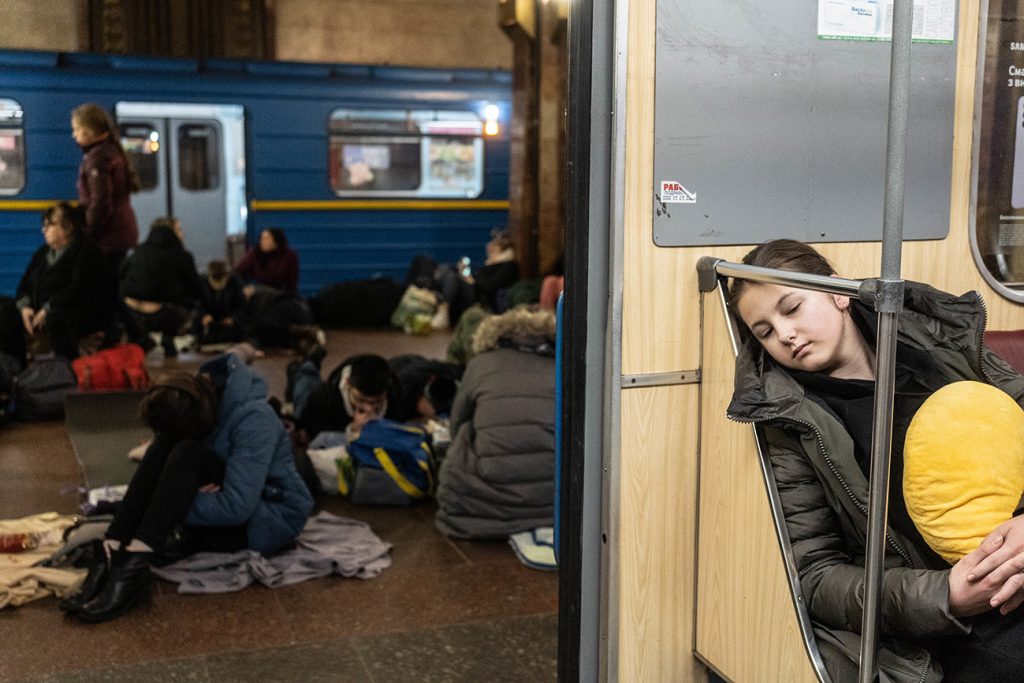 “Year in and year out, our staff were trained to maintain the network as a secure asset for the people of the city”, Mr Braginskyi said, despite the significant costs this has incurred. He went on to admit that on a number of occasions he had asked “whether this approach was a bit of an anachronism, whether the money could be better spent on innovation and investment”. The events of this year “had sadly shown that our approach had been the right one all along,” he concluded.

Due to the fighting in the capital’s suburbs in the early weeks of the war, only around a third of the metro’s 8000 staff had been able to come into work, he said. However, as the immediate threat of hostilities has receded the staff have returned, and trains have resumed 10-15 minute headways.

Kyiv Metro is keen to use the current situation as a catalyst to spur investment, Mr Braginskyi explained. In the medium-term this means securing funding to replace the system’s Russian rolling stock entirely, currently making up 80% of the fleet.

Credit lines were already being established with investors such as European Investment Bank and the European Bank for Reconstruction and Development, he confirmed. A EUR50m EBRD loan in 2021 contributed to the purchase of ten new metro trains.

At IT-Trans UITP Secretary General Mohammed Mezghani confirmed that Kyiv Metro has been readmitted as a free member, extending the same offer to other Ukrainian public transport companies. The association is also assisting Kyiv Metro by publishing a list of the most urgently required spares and other equipment on its website.

“Kyiv has demonstrated graphically that public transport is not just about transport, it is about literally saving lives”, Mr Mezghani said. “It is truly the lifeblood of our cities.”

> The Kyiv City State Administration has revealed the results of a public vote to rename five of the city’s metro stations; 170 646 people took part in the vote, selecting the following names to go before the city council for approval:

Against the background of the Russian invasion, the capital has already decided to rename 279 places and objects whose names of associated with Russia and Belarus.