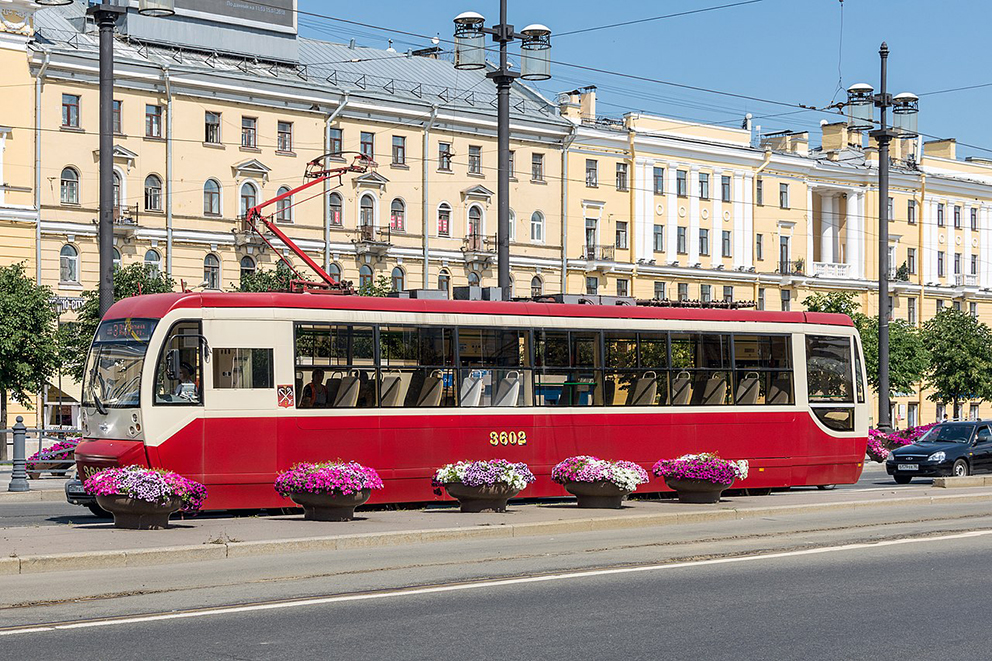 Sankt Peterburg’s Gorelektrotrans has signed a lease agreement with Sberbank Leasing, a division of Russia’s largest bank, for 54 ‘retro-style’ two- and three-section tramcars for RUB12.85bn (EUR182m). It concludes a tender launched on 9 February.

Sberbank Leasing was the sole bidder in the competition to provide the new low-floor cars – 12 two-section and 42 three-section trams. They will be based at Tram Park No. 3 and used on routes in the city, Petrogradskaya district and on Vasilyevsky Island.

Tram Park No. 3 is a protected cultural heritage site and this has in part driven the vehicle’s specification, which includes an ability to negotiate curves with a 14m radius. With limited scope for modifying the infrastructure due to the site’s status, modern low-floor cars cannot operate here.

The heritage-inspired cars are designed to ‘cause associations with the heroic past of the city… and the tramcars produced and operated in the 1950s and 1960s’. The final look, according to the contract, will be determined by the end of June.

All 54 trams are required by the end of 2023, with Gorelektrotrans’ lease payments continuing until 2030. The cost per two-section car is calculated as RUB208.74m (EUR3m), with a three-section version costing RUB246.39m (EUR3.57m). For comparison, the April contract signed with PK-TS for 81 modern low-floor cars for the city delivered a cost of RUB119.8m (EUR1.74m) for a two-section tram and RUB155m (EUR2.25m) for a three-section double-ended variant.

As no domestic car-builder currently offers a tram that meets the requirements of the tender, the high cost per vehicle is explained by the fact that in just 12 months the manufacturer will have to develop a detailed design, as well as manufacture and test a prototype, obtain the necessary approvals for operation, and begin mass production. It is believed that Uraltransmash will act as lead contractor.

Like the previous contract with PK-TS, the deal with Sberbank Leasing will be financed by a 15-year federal infrastructure loan, agreement for which was signed in January.

According to Gorelektrotrans, orders for 205 trams have been placed in the past 12 months (including three orders this year alone), from which 79 vehicles will arrive this year. This is part of a wider plan for the city to receive 596 new trams and 587 trolleybuses by the end of 2028.

Sankt Peterburg once claimed to have the world’s largest tramway, although a period of downsizing following the collapse of Soviet Union dramatically reduced the network’s size. As of March 2022 there were 39 operational routes.